By: Simone Puterman
African social media and news aggregator Afrigator last night, Wednesday, 21 May 2008, launched a page dedicated to the xenophobic attacks currently happening, tracking blog posts, news, podcasts and videos. The dedicated page is similar to the one created for the violence in Kenya that occurred after elections beginning of the year. 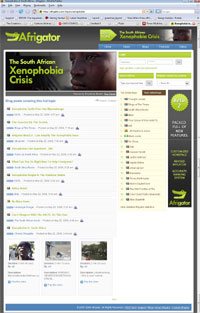 “This situation is... an outrage at the moment and made us feel so helpless! We pushed the development schedule for this feature straight to the top, in hope that by amplifying what bloggers and traditional media say, [it] would have a much further reach, creating more awareness,” says Stii Pretorius, chief technical officer at Afrigator.

As of this morning, Afrigator is aggregating 236 blog posts, one podcast, 37 news articles and nine videos on the xenophobia topic so far. View the page at http://afrigator.com/topics/xenophobia.

Meanwhile, The Times is reporting 54 597 page views and 468 comments on its photo story Flames of Hate, as of this morning at 9.55am, since its story went live on Sunday evening. 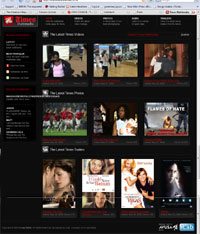 Says, Gregor Rohrig, Flames of Hate compiler and new media specialist at the Avusa iLab, “The views and reactions to the photo story ‘Flames of Hate' exceeded any previous multimedia story we've published and is a record-breaker for The Times multimedia product... Whilst extremely tragic, this photo story was a powerful narrative to present on the day of the official multimedia portal launch.”

Justin Hartman, digitial innovation manager at Avusa Media, adds, "What is remarkable about the Flames of Hate story and the launch of our new multimedia portal is that prior to this, The Times hasn't had a platform to showcase pictures before. The fact that we have generated 50 000 views on one photo story in only four days is a sign that our new multimedia portal is going to be massive for our product stable." 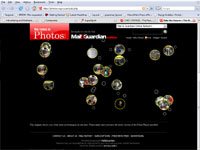 The swarm on News in Photos

The Mail & Guardian Online also has been covering the xenophobic attacks through its News in Photo site. According to Matthew Buckland, GM of the M&G Online, its photo gallery Xenophobic violence explodes has received more than 170 000 pages views, 271 comments and their servers have gone down at least three times so far. The swarm, which shows concurrent users at any one time, has been busy for over 24 hours.

“The horrifying photos of the xenophobia violence attracted record readership and comments from our users. They also served as a spontaneous, and perhaps cathartic, rallying point for debate and discussion about the events," comments Buckland.

Simone Puterman (@SimoneAtLarge) is currently editor-at-large at Marklives.com and deputy chair of the Sanef online editors subcommittee. After majoring in psychology and linguistics at Rhodes University, and then completing her honours in psychology, she has been in the world of B2B publishing since 1997, with 7.5 year stints at both WriteStuff Publishing and Bizcommunity.com (March 2006-August 2013). Email her at moc.sevilkram@enomis.
Read more: afrigator, The Times Multimedia, News in Photos