5 Feb 2018 | Email | Print |  PDF
By: Sean O'Toole
The use of data to manage the world's growing housing crisis came into focus during the second day of the African Centre for Cities International Urban Conference at the University of Cape Town.
“Urbanisation is real; people are stepping off the bus everyday,” said Riana Pretorius, director for informal settlements and backyarders for the City of Cape Town. Currently, the Western Cape has about 530,000 people on its waiting list for state-subsidised houses, with Cape Town alone accounting for 320,000 of the applicants. Collecting accurate data is crucial if these people are to get houses.

Pretorius supervises a team of 300 and has an annual budget of R200m.

Seated next to Pretorius, wearing a T-shirt emblazoned with “Hard Data, Rich Stories”, was Rose Molokoane, coordinator of the South African Federation of the Urban Poor (FEDUP) and committee member of Shack/Slum Dwellers International (SDI). Using data-collection methods provided by SDI as part of its global Know Your City campaign, SDI-affiliated housing activists in Cape Town have identified 106 informal settlements in need of upgrading.

“Our partnership is beginning to bear fruit,” said Molokoane. Activists, some of whom were seated in the audience, had shared know-how on reblocking and geo-tagged data with city officials. But, said Molokoane, “There are so many people still waiting for a house.”

South Africa may have “one of the most ambitious housing programmes in the world”, as Robert Buckley, senior fellow in international affairs at The New School, New York, remarked, but it isn’t working in its current form.

Molokoane detailed how the system of offering poorly constructed RDP houses is rife with abuse. She favoured a system of grant money to build houses (up to R200,000).

Saskia Greyling, a housing policy researcher at UCT, explained the difficulties of obtaining a home through Cape Town’s housing database. Any South African over the age of 18 living in Cape Town and earning less than R3,500 per month can apply for housing assistance or accommodation. “Residents place so much faith in waiting, without a sense of the [workings of the] database,” said Greyling.

The deficiencies of housing policy and implementation in South Africa are well known, but how does it measure against the experience of Nigeria’s urban poor?

In his keynote speech, Nigerian-born filmmaker and social activist Michael Uwemedimo showed startling footage from 2009 of the demolition of homes and businesses of 19,000 people that had been built on reclaimed land in Port Harcourt. “It is a militarised form of development, or unmaking of the city,” said Uwemedimo.

Lateef Sholebo, a city planner with the Lagos State Urban Renewal Agency (LASURA), expressed shock at Uwemedimo’s short documentary. “The general purpose of any government is the welfare of its people,” said Sholebo. He said rapid urbanisation and overcrowding had prompted the Nigerian state to establish LASURA to “eradicate” slums.

“One of our basic responsibilities is to collect data and plan properly,” said Sholebo. “How do you collect data where there is such massive distrust? There have been incidents where government officials have been killed.”

Such conflict prompted LASURA to partner with SDI so that it could build a reliable database. The evictions however continue.

“Many voices make a city”

While data is the hard currency of city planners, citizens are motivated by outcomes-driven action. “We need to have implementable projects that are sustainable,” said Molokoane.

Molokoane, who in 2016 was elected chair of UN Habitat’s World Urban Campaign, an advocacy and partnership platform, noted that all 500 delegates spoke the same language.

She invited delegates to leave behind their roles as people with university degrees and personally engage those living in precarious circumstances. “Come as yourself, so you can understand how people do things and help them formalise it,” said Molokoane. “Yes, we have a messy process, which is why we need you.”

Her pragmatism was shared by many of the guest speakers, including Uwemedimo and Tijuana-based artist and activist Raúl Cárdenas Osuna, who has long emphasised the need to meet “critique” with “proposal”.

Uwemedimo has a supervisory role in Chicoco Radio, a radio station designed by architect Kunlé Adeyemi and run by the inhabitants of Port Harcourt. 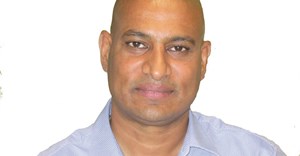 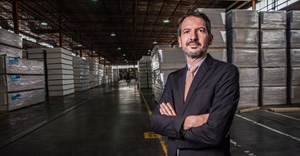 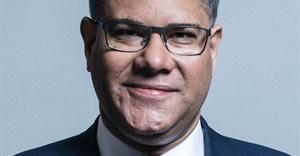 Namibia's urban poor are stuck in limbo, without land or services4 Oct 2019 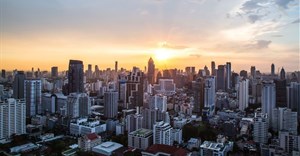