10 Aug 2022 | Email | Print |  PDF
Successive years of stringent water restrictions on farmers' drawings from the Kouga Dam are taking their toll in the citrus-rich Gamtoos River Valley, with several commercial farmers having relocated or closing shop over the past 12 months. Last month, the Department of Water and Sanitation announced that the 128 citrus, cash crop and dairy farmers in the valley relying on the Kouga Dam would be permitted to draw just 20% of their usual water allocations from the dam for 2022/3. The dam is currently at 16.6% capacity.

"A 20% allocation [for agricultural users] has a devastating effect on the economy of our valley," says Rienette Colesky, chief executive of the Kouga Dam custodians, Gamtoos Irrigation Board (GIB). "Our emerging farmers have really been struggling and some of them have discontinued farming," she said, adding: "At least five commercial farmers have left the agricultural industry or relocated to other areas during this past year."

"Last year our income went down by 61%," says citrus farmer Khaya Katoo, of Threepence Farm. "Our fruit wasn’t a good size and we weren’t able to fetch good prices overseas."

Katoo said the lack of water meant that "we had to completely uproot some of our orchards, something we only intended doing in five years’ time". "But we had to make the decision now if we wanted to keep going."

Few of the emerging farmers farm independently. Many partner with larger commercial farming operations, meaning the crisis affects all 128 farming entities within the scheme which creates 7,000 permanent and 5, 000 seasonal job opportunities, says Colesky.

Most farmers in the region have stopped farming water-intensive cash crops, with that land now either lying barren or converted into citrus orchards, which require less water.

Planting crops in other parts of the country

The few remaining cash crop producers are now planting crops in other parts of the country to honour pre-packing contracts signed with retailers.

One such farmer, Noelie le Roux, said 70% of his crops comprised vegetables, "which require large amounts of water and are labour-intensive". "In the past four or five years we have moved around the province hiring land in places like Kareedouw, Steynsburg and Hofmeyr where there is more water," Le Roux says. "We have had to scale down massively and retrench long-standing labourers."

Citrus farmer Marthinus Colesky says some of his farmland was lying barren due to water scarcity. "I used to cultivate vegetables for big retailers, but now I only farm citrus – although our fruit yield has become much smaller (due to the drought and water scarcity), making selling it much harder," he says.

One aspect often overlooked, he says, was that it could take up to six years for an orchard to bear fruit, and that was during times of normal rainfall. In other words, he said, the drought was threatening the future supply of produce.

"I have had to install a 3.6km pipeline just to keep my trees alive, and it is expensive to maintain."

Farmers not coping under restrictions

Colesky explains that farmers have been careful not to exceed their water allocations over the past several years, while the Bay’s abstraction had exceeded the limit set by the department. This, she says, had meant that farmers were perceived as coping with the water restrictions, when in fact they were not.

"Some farmers, if they are able, supplement their abstraction from the Kouga Dam with groundwater, even though it is not ideal for irrigation and has a negative effect on the land in the long run.

"Farmers had also saved part of their quota from the dam should their groundwater sources, which they greatly utilise, fail," she says. #StartupStory: AgriKool, driving down costs for consumers, increasing profits for farmers2 days ago 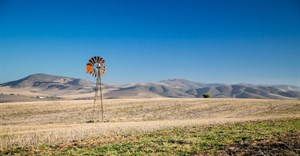 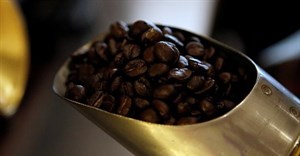 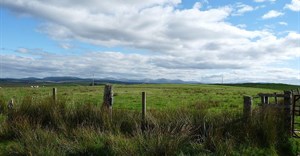 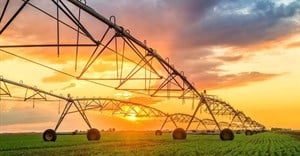 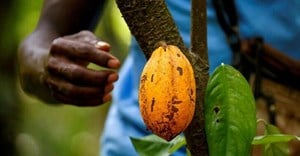