Reddit vs Wall Street: Taking on the old guard

4 Feb 2021 | Email | Print |  PDF
A battle between retail investors and institutional investors, with the former taking on the Wall Street establishment, in particular traditional hedge fund managers practising a short-selling strategy, hit the headlines recently. Ostensibly a David and Goliath battle, the reality is a little more complex.
The heat was turned up earlier last month when a group of investors on a Reddit community called WallStreetBets began to buy up shares of GameStop, a struggling US-based video game retailer when word got out that hedge fund managers were shorting the stock, in other words, betting on a fall in GameStop’s share price.

Short selling is an investment strategy which is used by traders who have identified a company’s shares that they believe will depreciate in value. The trader ‘borrows’ the share from a market-maker and sells it at the current price with the agreement that they will repurchase the share within a particular time period, and return it to the market-maker. The short-seller makes money if the share depreciates in value – but loses money if the share appreciates in value.

Reddit’s traders took a different view to the short-sellers as far as GameStop was concerned with the result that since 11 January 2021, its shares have risen 1,800%, forcing short-sellers to buy back shares in order to cover their losing position – an action which, ironically, has further boosted GameStop’s share price; a condition known as a short squeeze.

Last week GameStop was the most traded share globally. That is, until a number of brokerages, including the free trading app, Robinhood, stopped the party when they suspended trading of GameStop.

There was an immediate outcry and furious social media backlash, particularly from traders who use Robinhood, a brand built on democratising investing. The reality, however, was that the app was technically required to suspend trading given that it had run out of liquidity. According to regulations enacted after the 2008 financial crisis, brokers need to have sufficient liquidity to cover the credit risk between the time that trades are made and the time they are paid for. Robinhood was forced to draw down lines of credit worth half a billion dollars to ensure it had sufficient liquidity to meet its clearing deposit requirements.

As commentators around the world have pointed out, the surge in the price of GameStop’s stocks has very little to do with the underlying fundamentals and the strength of the business. As a bricks and mortar retailer GameStop urgently needs to go digital, something that it has been slow to adopt. However, even if the stock may have been undervalued, nobody believes its current stock prices are justified. The reality is that the GameStop bubble will burst at some point and those investors who are still invested on the long side will suffer losses.

The retail traders buying up the shares, however, have vowed to hold on to their stocks in order to force short-sellers to pay handsomely to cover their losses. However, short-sellers are not the only investors taking risk. Institutional investors also hold a significant number of GameStop stock and most of them will have an exit strategy. Those retail traders that have vowed to hold on to their stock and don’t have an exit strategy in place will likely also be big losers in what is becoming something of a cat and mouse game.

Retail traders have identified other stocks targeted by short-sellers including Blackberry, AMC and Nokia where they have been following a similar strategy to raise the price of the stocks and squeeze the short-sellers. South African trading platform Easy Equities informed its clients on Tuesday that they are not able to buy Nokia shares after its US broker-dealer said they would no longer support buys of the Finnish cellphone manufacturer’s shares. Reddit traders also appear to be targeting Steinhoff. Its share price has seen significant growth in the past week.

The attention of Reddit traders also recently shifted to silver with silver futures surging to their highest level in years, breaking $30 an ounce, although there is some debate about exactly who prompted Reddit investors to buy up silver stock.

The GameStop/Reddit development raises a number of issues, says Paul Marais, managing director at NFB Asset Management. “One aspect is the freedom to express and organise oneself however one chooses – a constitutionally enshrined right in the United States – even if that is to wildly bid up the price of stocks. The other issue relates to the ability to limit this freedom through regulation. The US Securities and Exchange Commission, where this drama played out, has a role to play here in ensuring that things don’t get completely out of hand.”

Another issue that this raises is the value of properly functioning capital markets, specifically the aspects of capital raising and price discovery, says Marais. “Certain companies and traders have been able to sell shares at vastly inflated prices. At some point price will reflect value by which time wealth will already have moved from one set of hands to another.”

What about the actions of short-sellers and, by extension, the role of hedge funds that deploy these types of strategies? “The question of whether their behaviour is a natural aspect of price discovery or if they have just had their come-uppance, remains unanswered,” he says.

There are a number of trends becoming apparent as a result of the GameStop/Reddit drama, he adds. Clearly populism has come to play a role on Wall Street; echoing the #OccupyWallStreet theme. Clearly, the pent-up frustrations at the financial services industry is starting to become more apparent making it increasingly likely that the broader trend around the democratisation of finance is likely to persist.

“The irony of the WallStreetBets investors is that they are essentially propping up firms that are likely to see their demise in the not too distant future unless they take dramatic action,” says Marais. "For now, while they have the support of the WallStreetBets investors, a bubble is created. But as history has shown, bubbles never last. After the highs of last week GameStop shares are down 80% this week, indicating that the bubble is starting to burst.

Marais does not believe that this latest market trend should result in increased regulation. “If investors chose to push the limits then they need to bear the consequences. I don’t believe what’s going on is any one party taking advantage - informational or otherwise - of another.”
NextOptions
›
Email Print PDF
Read more: Wall Street, Reddit, short selling, WallStreetBets 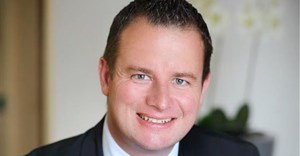 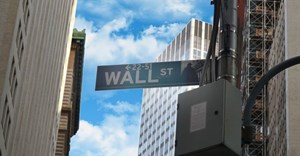 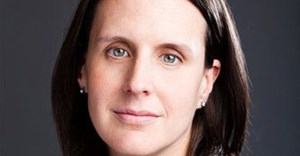 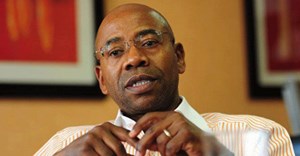 Viceroy, fake news and the phenomenon of short selling13 Jul 2018