SA forges ahead with 4IR strategy Manamela described the launch of the third 4IR Centre of Excellence in South Africa as the country's “gateway to create skills development, innovation, and entrepreneurship”.

“There is no question about the fact that 4IR is now upon us. The advent of the 4IR is not just changing the labour market, but the very world we live in and how we function within it.”

The Deputy Minister said all industries are rapidly transforming, while many occupations are becoming obsolete.

"New ones are being born in areas such as artificial intelligence, cloud computing, robotics, 3D printing and advanced wireless technologies.

“We are also seeing how these rapid advances in technology are fundamentally altering the skills requirements for various jobs.”

Citing World Bank data, Manamela said 65% of children entering primary school today would ultimately end up working in completely new jobs that do not exist yet.

“As is evident, the 4IR is all about new solutions and new technologies that can provide new, better, and faster solutions. This is why it is also anticipated that a wide range of occupations will require a higher degree of cognitive abilities, such as creativity, logical reasoning and problem solving, as part of their core skills.”

The Deputy Minister said his department has embraced President Cyril Ramaphosa’s call and the recommendations of the 4IR Commission.

“As a product of these discussions, we agreed to roll out the 4IR concept at TVET colleges in our country. We agreed to sponsor 10 TVET colleges to establish 4IR Centres of Excellence in them.”

As a result, the department has since identified several TVET colleges where these centres will be located. These include Ehlanzeni in Mpumalanga, Ikhala in the Eastern Cape, Lephalale and Vhembe both in Limpopo, Vuselela in the North West, Northern Cape Urban in the Northern Cape, Western College in Gauteng, uMgungundlovu from KwaZulu-Natal, Wes Coast from Western Cape and Goldfields in Free State.

“In rolling our 4IR centres at TVET colleges, we have adopted a multi-pronged approach.”

According to Manamela, two IPLFs in each province, at a cost of about R120 million, will support 4IR skills development, innovation and entrepreneurship.

“These learning factories will also serve as platforms for upskilling and re-skilling of the industry workforce through short courses to support the adoption of advanced technologies.”

Meanwhile, as part of this partnership, 261 students and 51 instructors have been trained, while 10 TVET colleges have been approved to offer a new stream on robotics programme from 2023.

The Deputy Minister announced that the department has also partnered with Intel South Africa to provide information and communications technology (ICT).

“The pilot project was started with Orbit College in the North West to develop a blueprint for the implementation of the project. The project consists of two aspects, which are ICT infrastructure and comprehensive 4IR training at different levels.”

He believes that the academic staff and the students here at Goldfields TVET college will benefit greatly from this investment.

“We are making significant progress in our efforts to ensure that students in the TVET colleges are empowered to respond creatively to the challenges and opportunities of the 4IR.” 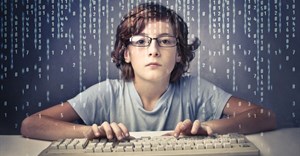 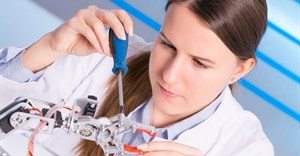 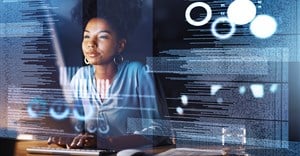 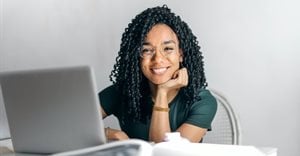 Increased demand for tech skills6 May 2020 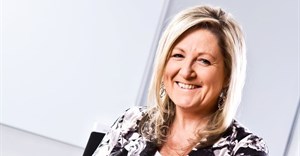 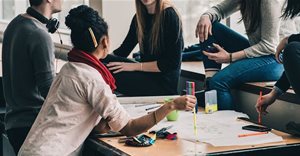 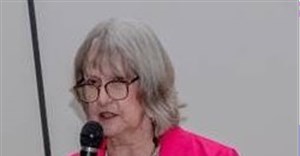 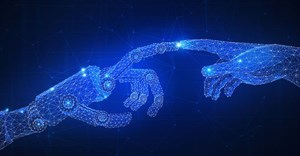