The origins of Inospace - A property company growth story

30 Nov 2021 | Email | Print |  PDF
Issued by: Inospace
Disruption on the horizon The foundations of commercial real estate were being undermined by technology, and the way people used retail, office, and industrial space was changing forever.
This was one of the major revelations to emerge from Rael Levitt's Executive MBA at UCLA and the National University of Singapore from 2014 to 2016.

As a result, Levitt realised that value in the property sector was beginning to shift away from renting out space, towards asset owners meeting the needs of their tenants, the end-users, with comprehensive business services and solutions.

It became increasingly clear that the concept of traditional 'landlordism' was dying, and that the power was shifting over to tenants. Winning in real estate would require customer-centric solutions, new management methods, and value-adding services.

Industrial property for the win

It became clear that industrial real estate, traditionally the poor cousin of the real estate market, had the potential to become the most robust of all property sectors.

Yes, industrial properties may seem lifeless from the outside: cardboard boxes under roof sheets, lightweight structures full of machines and equipment, and proximity to major transport hubs, like airports and highways – rather than gleaming glass towers in stylish suburbs.

But even then, in 2015, demand for industrial properties was rising.

Although technology was rapidly disrupting retail and offices, physical goods still needed to be manufactured or transported somewhere. And industrial spaces, with their comparatively low rent, large spaces and versatility, saw increasing demand.

Quite simply, a business no longer needed an office to operate, and people did not need to visit retail stores to shop. But industrial was not changing structurally.

With rental rates positively affected by low vacancies and strong demand, industrial assets began to look like the most dynamic property sector, with the potential to surpass sprawling shopping centres and extravagant office blocks.

In 2016, Rael Levitt and his team acquired an 11,000m2 industrial property in Epping, Cape Town. The building – run down, poorly managed and leaking – had not been painted in 20 years, and its owner had not visited in a decade. The electrical system was shot. Several tenants were in arrears, and one was running a rat-infested, foul-smelling waste material depot. But it was cheap.

The more time the team spent on-site, the more it realised that this space could command higher rentals than its neighbours. All they needed to do was create something different.

A new company, 'Inospace', was born and its name was a portmanteau of 'innovation space'. The concept? To provide a range of unique spaces in large industrial parks and overlay them with a range of appealing value-adding services.

This was what the market was looking for: flexibility, brand, affordability, and community.

Despite its comparatively unoriginal name, Hewett's Business Park already had an on-site café, run for 20 years by a Mrs Narriman. With nowhere else to buy food or a cup of coffee in Epping Industria, this was a local hotspot.

There was also an undercover parking area, ideal for tiny industrial units of 50m2. The obvious idea? Demolish this structure to create more yard space. No, said the Inospace team, “Let’s rather try something innovative with the space.”

And, when these industrial micro-units went on the market, they were snapped up at double the going area rate.

With this, Inospace entered the world of 'Space-as-a-Service’, a business model characterised by the inclusion of extra services that enable tenants to leverage the space, from digital connectivity to a range of appealing on-site offerings.

In 2017, Inospace launched the repositioned Hewett's Business Park and the Inospace brand together. It then acquired a second industrial building in Bofors Circle, Epping – naming it Bofors Business Park – and a third, a sprawling Maitland building, in partnership with the Buffet KLT Consortium. This was branded the Maitland Business Exchange.

Factors like decreasing interest rates and the availability of smaller micro-industrial spaces gave SMEs an excellent opportunity to buy the industrial spaces they had been occupying for years.

In 2019, Inospace launched its first sectional title scheme. All owners jointly own the land and common property, but Inospace still manages the park.

By this time, Inospace owned and operated 20 business parks in Cape Town and Johannesburg.

In April 2019, Setso Property Fund invested in Inospace, which launched two new business parks, Wadeville Works and Electron Exchange, in a partnership with Fortress Income Fund. And, at the end of 2019, Inospace hit the R1bn mark, with 200,000 square metres of space and a total of 1,000 tenants.

The only constant? Change.

In 2020, when Covid-19 triggered tumultuous life-threatening waves worldwide, Inospace responded to the chaos with a pilot project in Scotland, United Kingdom, and rolled out new solutions to attract companies affected by the economic fallout.

Pay-as-you-go leases were a big hit, and in the first three months of national lockdown, Inospace signed more leases than in all of 2019.

When the second and third waves of Covid-19 swamped the economy, the brand consolidated and improved. When most businesses shrank or failed, Inospace grew. It also acquired four new parks and kept vacancy rates under 3%. A further eight parks were launched during early to mid 2021, taking the total number of parks to 32.

And then, in October, Inospace took over the management of 10 business parks in Johannesburg – growing its portfolio to 42 branded parks and extending its footprint into the Midrand, East and West Rand areas.

We lease and sell innovative industrial, storage and office space in unique multi-use serviced business parks with a range of benefits for all your business needs.
About Us | News | Contact
Don't miss BizTrends2022 - 7 keynote speakers forecast trends shaping business in our region! Register now! 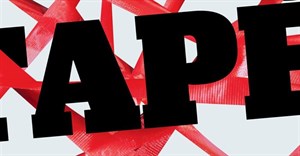 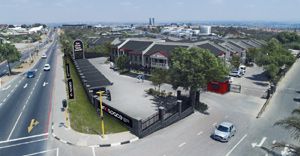 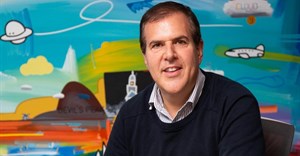 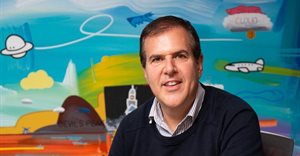 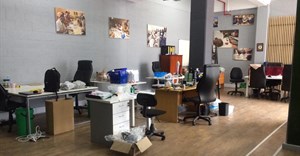 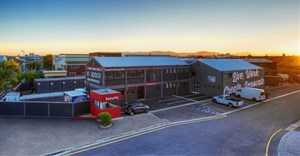