21 Jan 2014 | Email | Print |  PDF
By: Nick Hedley
While South African construction firms are not always able to compete on infrastructure projects in the rest of the continent‚ they are well placed to compete for mining and energy contracts in Africa‚ says Global Credit Rating's corporate ratings head for Africa‚ Eyal Shevel.
Limited construction work in SA has meant other regions‚ including the rest of Africa and Australia‚ have become more important in sustaining the order books of many local firms.

Some of the larger contractors are "surviving" off their Australian operations‚ Shevel said last week.

Meanwhile‚ the rest of Africa has increasingly drawn the attention of companies such as Group Five‚ which has reported a growing African pipeline in buildings‚ housing‚ power‚ oil and gas and infrastructure‚ as well as concessions.

Group Five's "potential pipeline" in October 2013‚ which it valued at R213bn‚ was made up of more African opportunities than local ones‚ with transport‚ mining‚ power and oil and gas making up the bulk of opportunities identified.

"They have got very strong internal knowledge of the conditions in the different African countries‚ as well as rigorous risk management processes"‚ and the firm had proven it could operate successfully in Africa.

Contractors new to Africa‚ however‚ could face more risks.

Esor‚ whose name change from Esorfranki takes effect on the JSE on Monday‚ lost its African business late last year when it was coerced into selling its geotechnical division - the group's core founding business and only division operating in the rest of Africa.

Esor CEO Bernie Krone said last year that other divisions had priced work elsewhere but had not yet crossed SA's borders.

Esor's civils division was eyeing opportunities in Botswana and Mozambique‚ while its pipelines business had "some fairly hot prospects" in Zambia and Zimbabwe‚ he said.

Shevel said South African construction companies were not able to compete with Chinese contractors on many infrastructure projects in the continent - such as road contracts in east Africa - partly due to political reasons.

However‚ South African contractors had a competitive advantage on private-sector work such as mining and energy‚ given their more stringent safety standards.

This figure included projects valued at more than $50m on which construction began‚ but was not completed‚ before June 1 2013.

The top sector by investment value was energy and power‚ followed by transport‚ mining‚ real estate‚ water‚ and oil and gas. 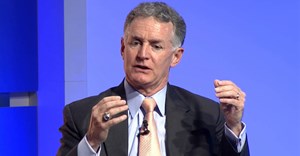 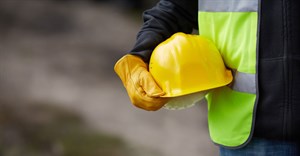