24 Jun 2021 | Email | Print |   PDF
South African suppliers who fail to transition towards net-zero products and services alongside their multinational (MNC) counterparts stand to lose billions of rands in export revenue, according to a new study by financial services provider Standard Chartered. The Carbon Dated research reveals that multinational companies will cut suppliers for failing to curb carbon emissions, with 78% of MNCs planning to remove suppliers that endanger their carbon transition plan by 2025.

For SA suppliers who fail to keep pace with MNC partners, this could mean a loss in export revenue of $33,7bn. However, the study also reveals a $1,6tn market opportunity for global suppliers who decarbonise in line with MNC net-zero plans.

According to the research, which looks at the risks and opportunities for suppliers in emerging and fast-growing markets as large corporates transition to net-zero, 15% of MNCs have already begun removing suppliers that might scupper their transition plans. In total, MNCs expect to exclude 35% of their current suppliers as they move away from carbon.

The study also found that:
• Supply chain emissions account for an average of 73% of MNCs’ total emissions
• More than two thirds (67%) of MNCs say tackling supply chain emissions is the first step in their net-zero transition, rather than focusing on their own carbon output
• Suppliers in 12 key emerging and fast-growing markets can share in $1,6tn worth of business if they can remain part of MNC supply chains
• 90% of MNCs with a supply chain in South Africa have set emission reduction targets for their suppliers, asking for an average reduction of 31% by 2025

The race to revolutionise supply chains

With MNCs struggling with the quality of data, two-thirds are using secondary sources of data to plug the gap left by supplier emissions surveys and 46% say that unreliable data from suppliers is a barrier to reducing emissions.

The study also reveals that the current approach taken by MNCs could create a $1,6tn opportunity for the net-zero club: those businesses reducing emissions in line with MNC net-zero plans. This represents a major opportunity for net-zero-focused suppliers across the 12 markets in this study, but it also quantifies the potential losses to companies not embracing net-zero transition.

MNCs are also willing to spend more on net-zero products and services. Some 45% said they would pay a premium, of 7% on average, for a product or service from a net-zero supplier.

Bill Winters, group chief executive of Standard Chartered comments: “It’s no surprise that as multinational companies transition to net-zero, they are starting to look to their suppliers to help. However, suppliers – especially those in emerging and fast-growing markets – cannot go it alone. MNCs need to incentivise their suppliers to help them kick start their transition journey, but governments and the financial sector have a role to play too by creating the right infrastructure and offering the necessary funding.

Kweku Bedu-Addo, CEO for Standard Chartered South Africa and Southern Africa, says, “There is growing acceptance that decarbonisation is vital for the future of the planet Earth to remain hospitable as we have known it for millennia. What is required is the collective will to act with urgency to manage the transition towards net zero in a coordinated approach such that it minimises severe short-term economic dislocation across markets from stranded assets, unviable industries and activities.”

Carbon Dated surveyed 400 sustainability and supply chain experts at MNCs across the globe. CBI-electric: low voltageHow South Africans can save electricity, money and the planet31 Jan 2023 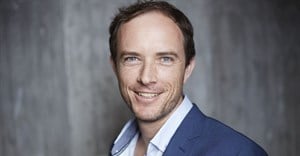 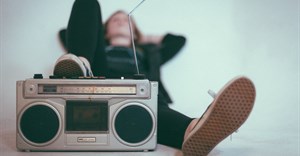 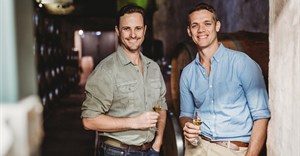 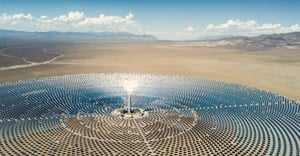