28 Mar 2012 | Email | Print |   PDF
The biggest threat to the aviation industry is higher oil prices, which latest estimates from the International Air Transport Association (Iata) put at an average of US$115 a barrel this year. 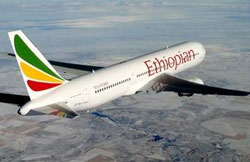 Weak economic conditions and high fuel prices will push African carriers into an expected US$100m loss for the year.

Weak economic conditions and high fuel prices will push African carriers into an expected US$100m loss for the year, according to Iata's first quarter forecast for 2012 released this week.

The revised average fuel price was 20% higher than the US$99 a barrel on which Iata based its estimates in December, association head Tony Tyler said on a conference call.

Tyler also criticised the concessioning of airports in Brazil. The Airports Company SA has interests in some Brazilian airports. "We are very concerned about that (concessioning) and it's a pattern I have observed in India and other parts of the world. It is a short-sighted way of governments gouging money from airlines," Tyler said.

The spike in fuel prices is responsible for Iata cutting the industry's profit margin to 0,5% this year from a margin of 0,6% it forecast in December, Iata chief economist Brian Pearce said.

In December, Pearce had said the biggest threat to aviation was the possibility of a worsening of the sovereign debt crisis in the European Union (EU).

That threat seemed "to have been averted for now", Pearce said recently, adding that "things could deteriorate again".

An emissions trading scheme implemented by the EU this year was being resisted by much of the industry, Tyler said. There was concern that should the EU not alter its scheme to a global scheme, there was the opportunity for multiple carbon tax programmes to proliferate.

In Brazil, the government was implementing a round of privatisation on some of its largest airports in an effort to ensure that the infrastructure meets the country's requirements as well as those of Fifa, the world football federation, ahead of Brazil's hosting of the Soccer World Cup in 2014.

Tyler referred to the 16,2bn reais (R8,8bn) paid by the winning consortium for the Guarulhos airport in Sao Paulo, the busiest airport in the country.

Paying such a high premium for the airport was likely to mean that the concession company would need to hike airport taxes substantially in order to make a return on their investment.

Already the charges on Guarulhos were far higher than other airports in the world - 124% higher than Madrid - and threatened to become the highest. This would constrain traffic growth through the airport and limit the economic benefits to the country, Tyler said. 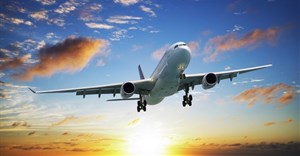 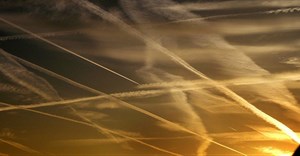 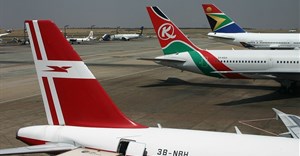