How social media has become a breeding ground for counterfeit sales

7 Jun 2019 | Email | Print |   PDF
For the most part, people love social media. It's an ideal environment to freely share content and stay up-to-date with family and friends. This also makes it perfect for brands wanting to position themselves and engage directly with their customers. However, there is a dark side to all of this, one involving counterfeit goods and billions of Rands of lost revenue for companies and governments the world over. If you are representing a brand, the statistics make for grim reading.

From a social media perspective, one of the biggest culprits in this regard has been Instagram.

“Of course, blaming Instagram for the world’s counterfeiting woes seems like an easy way out. Instead, people, organisations, and authorities must examine how the state of social media today is creating an enabling environment for this illicit trade to grow with fake accounts being opened quicker than they are closed by companies,” says Paul Ramara, a partner at Spoor & Fisher.

In many respects, social media has taken a real world problem and turned it into a digital business that makes finding offenders a time-consuming and costly exercise.

Following the 2018 FIFA World Cup, Facebook revealed that over the course of the tournament, 383 million of its users and 272 million Instagram users (which it owns) had interacted with the event. What was not mentioned was how these platforms were used as vehicles for trade in counterfeit football merchandise. Today, almost a quarter of online purchases involve some form of intellectual property right infringement, with nearly 90% of people doing so willingly.

“Clearly, more work needs to be done to educate people about the impact counterfeit goods have on economies. From a consumer perspective, there are several things to bear in mind when it comes to being tricked into buying an illicit product online,” adds Ramara.

When it comes to luxurious fashion items, if the price is too good to be true, then it generally is. Designer goods have become the most popular to knock-off and sell as originals on social media platforms and this directly correlates to the low price point of counterfeits. Also, reading the product reviews on an online site and going through its refund and return policy generally gives a good indication if it is a legitimate business.

Some of the more obvious signs that the site (or goods) fall on the wrong side of the law is spelling mistakes on brand names and dubious website addresses. A consumer must always double-check a link before they click through.

One of the most dangerous aspects around counterfeiting is the view that it might not be morally wrong. After all, the argument goes, luxury brands are making a fortune on selling their products so what difference will it make if an individual buys a cheap copy?

“The reality could not be more different. Not only are people’s livelihoods at stake (if companies start losing money, retrenching staff is a typical strategy to employ) but also their lives. For example, imagine buying sport safety equipment online that could be counterfeit and being hit on the head. The repercussions could be significant,” says Ramara in conclusion.

“People need to be more aware of the risks of counterfeit goods.” 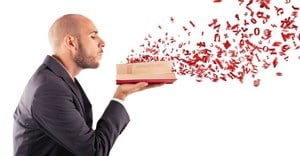 #YouthMonth: Young legal minds aim to be the change28 Jun 2022 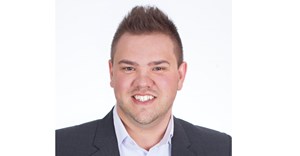 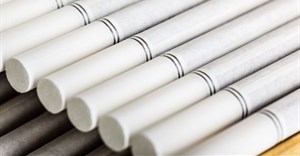