19 Mar 2018 | Email | Print |  PDF
By: Shanyn Silinski
Technology has brought about so many advances in agriculture. Automation and computers allow us to do more than ever before. But high-tech doesn't always equal high safety. Understanding what can't be replaced with technology and how to use technology as a tool is a new area of farm safety that will only grow as technology advances.
Automatic systems can be huge time savers on the farm. We use them for so many things, but each one will have limitations and have safety requirements that are different than the older more manual systems. Adding an automatic system can mean adding new safety issues.
No matter how much technology comes to the farm there will always be one constant — the farmer. Higher technology means a higher level of training and a rethinking of safety around that technology.

A low-tech solution to a high-tech problem

A very simple but bloody example is an auger mover. A young farmhand starts his new job. He comes from a beef farm but understands farming. He is tasked with moving an auger. Everyone assumes because he has done a great job so far that he will be familiar with the operation of the new auger. He was not and in his efforts to manually move the auger his hand was injured. When the safety meeting happened, it was discovered that he had not been oriented to the auger mover.

The accident happened as soon as the team assumed everyone had the same understanding and experience with a piece of equipment, or in this case, an addition to a piece of equipment. The injury wasn’t serious, and the lesson was learned. Every new piece of equipment gets an orientation for everyone. The rule became: if you haven’t been trained to use it, don’t use it.

A low-tech solution to a high-tech problem is always going to be training your people. This is especially true if you have seasonal workers who join your team. They need to know the changes that happened out of season. Invest the time in orienting them to changes, sending them to train and doing an on-site orientation with each one.

Two demographics who are especially vulnerable to injury in this high-tech and low-tech gap are young workers and older workers.

The younger workers may assume a level of expertise they don’t have and want to rush through an orientation to get to the “fun stuff” of the job. Screens, remotes and robotics can blind them to the dangers. They want to get through things quickly and on to the next task. You can slow them down in training by explaining the importance of the technology — the safety, the maintenance and the crucial role it will play on the farm. Get them invested in the technology and they will become invested in the safety.

Older workers may feel this isn’t “how we do things” or become worried that it is “too much tech” for them. Assure them that their role is not being replaced but supported by the technology. Their role is important because of the experience they bring to your farm team. They understand the low-tech aspects of farming and will be great assets as you integrate newer technology into your farming operation. Send them to train, encourage them.

Technology gives your farm a chance to build teams and look to the future. People can be afraid of technology. It may seem complicated (and it can be) or be threatening (to their jobs, or their idea of farming) and it changes things. One of the biggest barriers to safety on the farm is the reluctance to change certain things we do.

Farmers are often early and aggressive adopters of technology. They love doing more in high-tech ways. Agricultural equipment technology is far more advanced than most other heavy equipment.

But farmers’ love of technology is all too often paired with an equally strong desire to “keep farming the way we always have.” When someone says that they aren’t talking about the mechanics of farming, they’re talking about the attitudes and ideals they don’t want to change. There will never be enough technology to replace the farmer who loves to farm. Technology will grow to help them farm better. Farm safety is an essential part of farming, and while it seems low-tech it is not low importance. 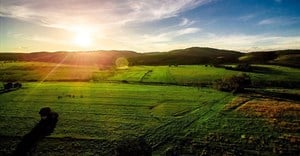 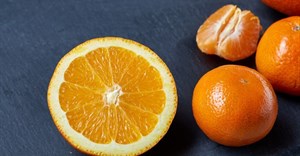 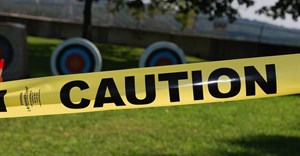 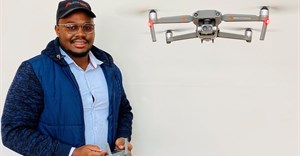