#SBTopWomen Awards: A celebration of women

By: Danette Breitenbach
It's not often you attend an awards event where the recipient of the Lifetime Award breaks out into song. But this is exactly what happened at the Standard Bank Top Women Awards, when the legendary Yvonne Chaka Chaka was recognised for her lifetime commitment to women's empowerment.
The audience responded with cheers, with the moment an indication of the celebratory mood of the evening and of the many talents of women, which were recognised and celebrated by the Standard Bank Top Women Awards. The event took place at Emperor’s Palace in Gauteng following a two-day conference.

“The Awards are important because of what they offer. They are a seal of approval and the recipients reap the reward for years, but they are also about sharing recognition for gender empowerment,” says Ralf Fletcher, director of Topco Media.

The Awards recognise organisations as well as individuals for their contribution to female empowerment. In the Headline Awards, the Top Female Entrepreneur Awards boasted 18 finalists.

The winner, Lynette Magasa of Boniswa Corporate Solutions, explained that they started with two employees. Today she employs over 170 employees, not only in South Africa but throughout southern Africa as well as France and she is currently in the process of launching an office in Canada. She is also the United Nations (UN) representative for Small and Medium Enterprises (SME) in Africa. “I can honestly say that behind a successful woman is a bunch of women.” Carissa Rapolthy of Urban Striker was highly commended in the category.

The Top Business Woman of the Year is Nombasa Tsengwa of Exxaro Resources. “I am honoured to receive such a prestigious award in the month of women. I salute the other nominees and thank Exxaro for believing in me and letting me play with the boys. Thanks to my team – this is our award.”

Tsengwa adds that in a country where state capture and corruption is topical, we are fortunate to have women and men in our country who still want to put this country first. “We are privileged to still have companies that promote the cause of women and advance the contribution of women.” A scene from our red carpet gallery of the Standard Bank Top Women Awards. Click through for more!

Microsoft is the recipient of the Top Gender-Empowered Business award. Receiving the Award for the company, Lillian Barnard, director for Public-Sector at Microsoft SA, says it’s the company’s desire to empower every individual on the planet.

We are serious about the empowerment of women; it is not just about the numbers but the understanding that companies need to become gender empowered.

The judges’ feedback was that finalists and winners were all young, bright and intelligent entrepreneurs working in male-dominated industries, focusing on making a difference. They have started businesses that never existed before and have helped others less fortunate than themselves, using not only their talent and brains, but also their hearts. The Awards showcase this, and empowers these women, affirming the importance that what they’re doing – often in sectors traditionally dominated by men – is important to the country’s economy.

One of these is Nokuthula Mcinga of the Airports Company of South Africa – King Shaka and Winner of the Individual Top Woman in Aviation. She says this Award is just the beginning. “We are driving female empowerment, this is just the start.”

The Top Woman in Agriculture, Lesego Serolong of Bokamoso Impact Investments, says Africa is the next bread basket of the world. “But if we are to fulfil our destiny, we need to empower rural women.”

Xoliswa Daku of Daku Group of Companies, winner of the Top Woman in Property, says property is a difficult industry. “This Award celebrates all the women in the property sector. I encourage all women to continue to serve the country with your best, and that you are profitable.

Speaking at the event, Jayshree Naidoo, head of Standard Bank Incubator and interim CEO of Feenix Trust encouraged the glittering audience to love what they do and work for a purpose. “I love what I do and I want to work for an organisation with purpose. I am proud that Standard Bank supports women entrepreneurs and changes lives every day.”

Guest speaker Aisha Pandor, CEO and co-founder of SweepSouth, concluded that when there is no longer the need for Awards such as these that differentiate between men and women, our work is done. “We are not fighting men, we are fighting inequality.”

Click here to view our red carpet gallery from the awards.

Danette Breitenbach is a marketing & media editor at Bizcommunity.com. Previously she freelanced in the marketing and media sector, including for Bizcommunity. She was editor and publisher of AdVantage, the publication that served the marketing, media and advertising industry in southern Africa. She has worked extensively in print media, mainly B2B. She has a Masters in Financial Journalism from Wits.
Read more: Topco, Standard Bank Top Women 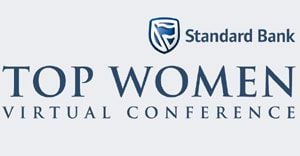 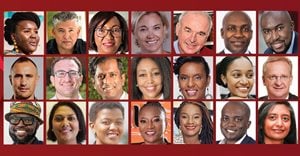 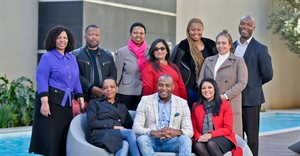 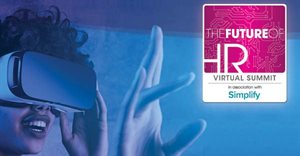 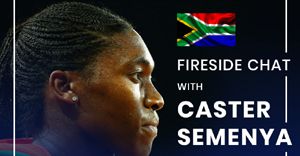 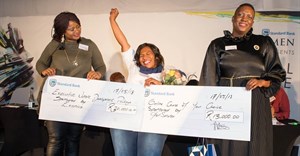