29 May 2006 | Email | Print |  PDF
Creative Living Magazines' makeover magazine Woman's Value, and its translated Afrikaans sister publication dit, will be rebranded as ideas and idees from their July 2006 issues respectively. To go with the name change, the magazines will also be bound differently from July, giving them a square back for the first time. 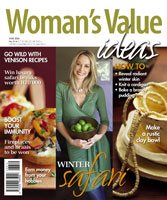 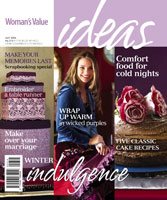 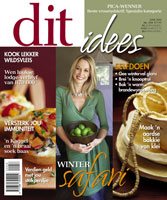 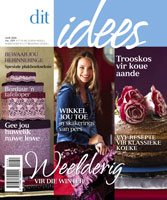 After
"Following extensive qualitative and quantitative reader research in 2004, which confirmed that readers and advertisers wanted a more modern version of their much loved titles, we implemented the first phase of our makeover in 2005, a repackaged layout and cover," says Creative Living Magazines publisher Terena le Roux.

The consumer's verdict following the new-look Woman's Value and dit was favourable and collectively the magazines have increased circulation by 3.5%, year on year, despite the fragmenting female market. Furthermore, dit won a Pica for Best Consumer Magazine - Women's Special Interest and both magazines recently took honours at the 2005 ADvantage ADmag Awards ceremony, winning the craft category.

"For the second phase of the makeover we plan to give the word 'ideas' a much bigger weighting, overshadowing Woman's Value, which according to our research has a certain negative perception even amongst our most entrenched readers who feel that the name 'value' makes what they do, in and around the home, seem second best," says Le Roux. "The change will also resolve any conflict between the name and what the magazines are about - creative, inspirational magazines filled with great ideas for modern women who enjoy beautifying their environment, especially their homes."

According to Le Roux the first phase of the makeover was a big risk, but one that paid off. It has paved the way for this year's phase two activities, which will be supported above the line, in both print and broadcast (television and radio) and various point-of-sale activities.

According to Le Roux, based on the latest official combined ABC figure of over 149 000 for Woman's Value and dit, ideas/idees is well positioned to lay claim to the highest selling women's interest title in South Africa.