Nearing to having your car repossessed?

19 Nov 2018 | Email | Print |  PDF
Petrol is becoming unaffordable for many. Times are tough and, understandably, many people who are already struggling with the rising cost of life are falling behind on debt repayments.
Co-founder of a new online auto auction platform, Renaldo de Jager, says the number of cars being repossessed in South Africa is rising. And, unfortunately, the current repossession process is strict and significantly unfair towards both the consumer and the bank.

De Jager started the auction.co.za platform along with co-founder William Miller when they realised there was a gap in the market ‒ one that could create a fairer process for selling used vehicles and potentially help those struggling to make monthly payments on their cars.

He explains the ins and outs of the system, what you need to know, and what could potentially be done better.

So, how does it work?

The current process kicks in when you are three months in arrears on car payments. After this point, it is unavoidable that the bank can repossess your vehicle.

During the three months prior, however, you would have received due notification and have been given a chance to catch up on payments. And once they have taken it, you have 30 days to come up with the arrears.

The good news is that it won’t simply come out of the blue.

How does the current system fail?

As soon as someone is in trouble, the first thing they do is stop servicing the vehicle, then cancel their insurance. Your car payments start to lapse and it becomes a slippery slope. But as soon as your car is repossessed, you will lose money on the vehicle for a number of reasons.

You will be faced with a legal fee of R26,500 which is applied for every repossession. The bank will do a valuation of the vehicle and then do a forced sale adjustment. Essentially, they will determine the full value of the vehicle and subtract 45%.

After this, they will deduct the reconditioning cost ‒ the amount needed to get the car into a saleable condition. This process can take anywhere from three to six months and, all the while, your vehicle is depreciating by 1% per month. Furthermore, you will not be able to service your car in this time and could potentially lose further value as a result of the car’s warranty and motor plan expiring. All of this depreciates the value, which is not what you want at this time.

All of this paints a bleak picture for a person who is already in trouble financially. The ultimate outcome is that you could end up with no car and still owe the bank money.

How can the process be improved?

This kind of situation should be dealt with much sooner, or it is unlikely that the consumer will get the full value of the vehicle back. This, of course, won’t benefit the bank either. It is time to implement a better process that works in everyone’s favour.

Auction.co.za seeks to help both the bank and the consumer at an earlier stage of the process. When a consumer goes into arrears, Auction.co.za seeks to provide a channel which helps them get the best possible value for their vehicle. When times are tough, many people hit a bump in the road. It happens every day to normal people.

Auction.co.za’s proposal is that in the initial three-month period, for people who see no way of coming out in the clear before repossession occurs, they do a fair, transparent inspection and desktop valuation of the vehicle and put it on auction through their platform. The best-case scenario is that the bank gets what they are owed and the consumer walks away debt-free and possibly even with some money in their pocket.

Either way, the consumer is spared the lengthy process and the threat of bad debt. De Jager says that if Auction.co.za could save half the people the heartache of this process and put them and the bank in a better position, it’s a win-win scenario for everybody.

How can you ensure you don’t get taken for a ride?

If you’re in trouble, don’t bury your head in the sand. Rather sell your car before you are at risk of repossession.

Banks are not sympathetic. If you can’t afford petrol and you can’t afford insurance, then you know it’s time to get rid of your car. It’s best to sell before you are forced to default on payments.
NextOptions
›
Email Print PDF
Read more: financial crisis, car payments 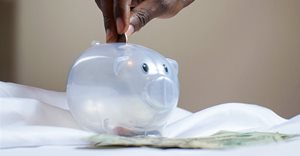 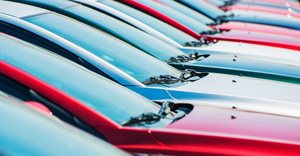 Facing car repossession - what are your options?26 Nov 2019 The euro at 20: An enduring success but a fundamental failure11 Jan 2019 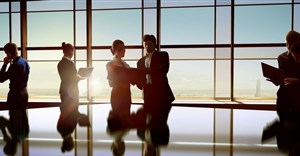