According to DevConf organisers Robert MacLean and Candice Mesk, among this year’s conference highlights are a Silicon Valley developer, a mob programming expert, and a service bus specialist.

Says MacLean: “Our keynote speaker, Terri Burns, is an associate product manager at Twitter and is very well known in the US. Her talk, ‘Bad People, Bad Computers’ is very relevant to developers, as it will look at algorithmic bias, which can indirectly allow machines to learn prejudiced behaviour.”

Helping local developers up their game in the workplace, ‘professional geek’ William Brander will explain everything developers need to know to build the service bus of their dreams – from scratch.

From in-depth tech to softer skills

Durban-based hardware hacker and Windows developer Matt Cavanagh will elaborate on ‘Reverse-engineering APIs, web scraping, and the details of how he gained access to 7 million accounts’. Cavanagh will detail the process he went through to discover and exploit a vulnerability in one of the largest companies in SA, and how to avoid this in your company.

“In additional to in-depth tech talks, we will focus on softer, but equally important, skills,” says MacLean. “In this area, a highlight is Mark Pearl, possibly one of the top five experts in the world in the field of Mob Programming. Where we used to talk about Scrum, Mob Programming has become the rising trend.”

Ending the day on a lighter note, DevConf speakers will also cover out-of-the-ordinary topics such as craft beer and VR in quadrocopters.

Entrepreneur Brett Magill will talk on the potential to use big data analytics to improve the craft beer brewing business, while developer Theo Bohnen will outline his journey in trying to fly drones through using mobile VR, trying out Oculus Rift and seeing what sticks.

DevConf grew out of the Developer User Group forum and monthly meetings coordinated by MacLean, Mesk, Terence Kruger, Mark Pearl and others – all veteran developers themselves.

Bringing the developer community together

Mesk believes DevConf fills a gap in the market for an event that covers a range of technologies and brings the developer community together from all across the country. “Building on last year’s range of topics, we have several international speakers, diverse speakers, and we’re very excited to see Bitcoin, Blockchain and mobile development coming up in our topics,” she says.

Early Bird tickets have already been sold out, but discounted rates are still available in the DevConf group packages. For more, go to www.devconf.co.za.
NextOptions
›
Email Print PDF 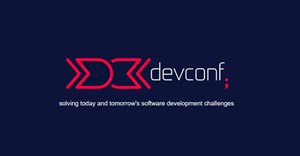 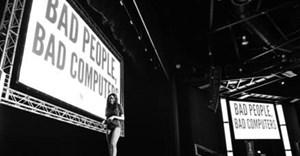