The rise of conservation tech in Africa

20 Apr 2020 | Email | Print |  PDF
The need to mitigate anthropogenic impacts on species and natural systems has resulted in conservation science developing as a major multidisciplinary area of study. Aiding these efforts has been the implementation of innovative technology such as Artificial Intelligence (AI), cloud, data analytics, virtual reality, green technology, and cutting-edge surveillance and tracking equipment.
Novel and innovative conservation technology is enabling researchers and conservationists to make greater impact in understanding the ecology of species and the ecosystems in which they live and ultimately finding more reliable ways to keep our planet safe.

The annual Oppenheimer Research Conference (ORC), is a leading academic research conference that uniquely offers a diverse and multi-disciplinary programme, currently in its 11th year, hosted by Oppenheimer Generations. The conference provides a platform that brings together researchers, scholars, and stakeholders across multiple specialisation areas, within natural sciences and conservation, to share and present their experiences.

New technology is regularly a topic of exploration on this platform and highlighted in numerous research studies presented. It brings new ways of collecting, collating and management of data as well as the ability to implement new learnings more efficiently in order to manage the health of our planet’s ecosystems.

Last year at ORC 2019, a Virtual Reality (VR) film premiered at the conference. The film gave an immersive experience, with a production that raises awareness around the threat and impact of climate change and the knock-on effect on ants and termites, which in turn impacts survival of the ground pangolin, an endangered species in southern Africa.

A new way of engaging with the environment

Under the theme of ‘Advancing Conservation Consciousness,’ the introduction of the AR App by Internet of Elephants was featured and the founder, Gautam Shah, served on a panel challenging the conservation paradigm.

The AR App enables a new way of engaging the public with wildlife conservation. It delivers an innovative and engaging digital experience to enable a deeper understanding of wildlife and build closer relationships between people and wildlife. This enables people across the world to interact with species which they would normally never encounter.

Cloud and AI technology is enabling scientists to process vast amounts of data which relates to living ecosystems and the impact they have on the environment. For example, the planet’s human population increases by more than 200,000 people every day with global consumption and inequality on the rise.

Through data gathering and analysis, scientists and conservationists can study the impact of this on finite natural resources and the affect it has on other living organisms and the ecosystems they inhabit. From these studies, they can predict trends in areas of overconsumption leading to environmental degradation, biodiversity loss and climate change. They can also use these insights to provide guidance on how we can act more responsibly to avoid or curb the destruction of natural resources which will ultimately lead to the ill-health of people, animals and destruction of the planet.

Tech as a conservation tool

Furthermore, there are several ways in which technology can serve as a tool to curb destructive behaviour and aide the conservation efforts of wildlife in Africa. In the context of poaching, one method that technology has enabled to decrease or deter poachers, are fences that are often equipped with technology that detect cell phone activity which sends an alarm signal to a central security centre when fences are breached. The use of drones in antipoaching is becoming a useful tool, especially when equipped with artificial intelligence.

Then there is an eco-friendly technology also known as clean tech, green tech and environmental tech which can help preserve the environment through energy efficiency and reduction of harmful waste. Green tech innovators use the latest environmental science and green chemistry to reduce the harmful impact of human activity on the earth. Biomimicry, learning from inventions from nature, are becoming mainstream in building practice and in other spheres of society.

New innovations in the field of green technology have included highly efficient LED lights, which could be used to make countless other gadgets more environmentally friendly, as well as promising growth in lesser-known renewable energies like algae oil.

The invention of satellite collars has reduced stress and interference when reaching animal movements and behaviour. Modern collars can be remotely released without the need to recapture the research animal. Camera traps have also become a useful tool in research circles, enabling researchers to gain information on animal densities and movements with minimal interference.

Tech is not going to solve all our problems, but it is offering environmental research ways to make better choices which is further supported with tools to aid in deterring destructive behaviour through improving our knowledge. Knowledge is key to understanding our impacts on often fragile systems.

Technologists (entrepreneurs, engineers, funders) have an important role to play in conservation efforts. Avoiding a mass extinction event is going to be everybody’s business: government, policymakers, business leadership, conservationists and everyday citizens. But we’ll all be better off with an improved tool set and that is where conservation technology plays an active role.

The 11th ORC 2020 which takes place later this year, will continue its efforts to provide a platform that promotes these new research opportunities, enhance research outcomes, and guide meaningful action. Our mission is to support the next generation of academics, researchers, and conservation/environmental stewards who are tirelessly working to create a better planet for us all.
Email Print PDF 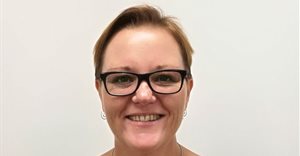 From drone swarms to tree batteries, new tech is revolutionising ecology and conservation10 May 2018