By: Lee Naik
It's over. After two weeks of intense Olympic madness, the Rio games are over and I'm left catching my breath and dissecting what happened. One of my (and most other South Africans') favourite moments was watching local boy Wayde Van Niekerk break the 400m world record. Provided you haven’t been living in solitary confinement, you already know the story. After a mediocre qualification, Wayde was banished to the far outside lane. Everyone agreed that he had no shot. Except it didn’t quite work out that way. Despite 'running blind', Wayde managed to do the unprecedented and win a gold medal – something no Olympian has ever done from the outside lane – breaking a world record that previously stood for over 17 years.

What strikes me most about this story is that Wayde was effectively running against himself. With no line of sight to the other lanes, he had no competitors against which to pace himself. It’s a dilemma that should resonate for any high performer in business: How do I consistently beat my best?

And with researchers speculating we may be pushing the boundaries of what is humanly possible in sports, is there anywhere else to go from here?

In many ways, professional athletes are the perfect example of lean principles at work. With the difference between winners and losers often coming down to the tiniest of margins, their entire career is dependent on shaving off literal fractions of seconds. Teams of scientists, nutritionists, doctors and physiotherapists all collaborate on training regimes, designed to hone athletes into machines of superhuman efficiency.

Naturally, technologies that can enhance these performances play a big role in this hypercompetitive world. Innovations in everything from clothing to training techniques have always generated plenty of discussion – not all of it positive, as the controversy over the swimming bodysuits four years ago shows.

If you’ve been following the technological side of this year’s games, you’ll have heard all about the latest digital tools Olympians are using to help them get the edge. There are the omnipresent wearables that track everything from heart rate variability and skin conductivity to sleep patterns. By tracking every nuance of an athlete’s body activities, trainers can fine-tune their training regimes to account for strain, injury and overstress.

And that’s just a small taste. Look at almost any sport and you can see an example of a fascinating new technology being deployed. Gymnasts like Simone Biles use LumiWave technology in their uniforms to alleviate aches and strains, allowing them to recover faster from training. Cyclists are taking to the track wearing smart glasses that display key metrics like speed, power and distance as they ride. The Australian Sevens Rugby team instantly know when it’s time to substitute a flagging player, thanks to data-capturing GPS units sewed into their shirts.

Beyond the wearables, you have the more surprising examples. The US swim team uses BMW taillight technology to monitor swimmers’ paths underwater and measure their movements more efficiently. And with the Americans having dominated the swimming competition, it’s clearly having an impact.

So perhaps the answer to recreating Wayde’s performance in the business world lies with investing in this advanced technology? Making yourself or your business into an unbeatable digital superman? Almost… but not quite.

Tech is just the starting block

Other Sevens teams may have had more advanced technology on the pitch, but it was Fiji – a nation where plastic bottles are frequently used in the place of balls – that took home the gold. Imagination and discipline is what carried them to the podium, not high tech.

BMW’s motion tracking technology might help Michael Phelps refine his technique, but it’s the swimmer himself breaking records and winning medal after medal. And Simone Biles certainly isn’t making those incredible leaps because of what she’s wearing. As for Wayde Van Niekerk, when asked how he made that blistering 400m run, he says he doesn’t remember a second of it. You’re more likely to read about his 71-year-old trainer than you are about his advanced training technology.

Because while the tech does undeniably have an impact on how you prepare, how you build up your skills and capabilities, it comes down to the performance on the day itself to bring home the gold. Wayde did the business when it counted, and that’s ultimately what sets apart the medalists from the rest.

So for me, the biggest lesson from the Olympics is not to get so fixated on the technological side that you forget the human element. Because when the gun goes off, it is creativity, drive and the desire to excel that will win the day. What do you think? How do you believe businesses can emulate the performance of Phelps, Van Niekerk and Biles?
NextOptions
›
Email Print PDF
Follow 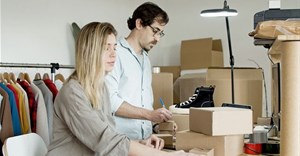 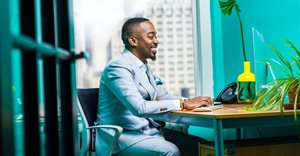 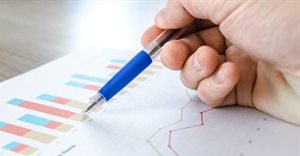 #20Lessons20Years: Lesson 17: Our journey towards becoming unimportant4 May 2021 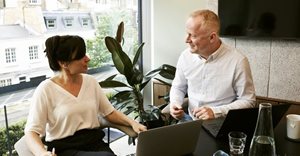 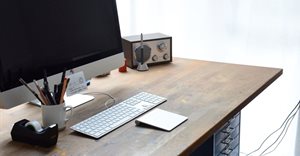 #EntrepreneurshipIssues: Lessons learnt from starting my own PR business24 Mar 2021 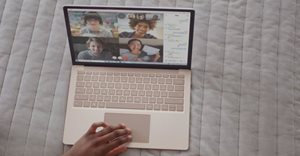 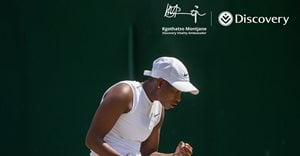 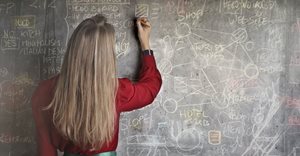