By: Ian McLaren
With the annual Goodwood Festival of Speed establishing itself as a pinnacle event on the calendar for any motoring enthusiast, many car brands have taken to highlighting this weekend as an opportunity to showcase both their respective heritage collections and the thinking around the future of mobility for each. While Ford’s EV plans already include an all-electric derivative of its famous Mustang brand, the manufacturer also sees massive value in its proposed fleet of battery-electric Transit Custom vans. Underlining these intensions in the boldest font available, the brand has used the occasion of the 2022 Goodwood Festival to revive its famous SuperVan collection.

Engineered to draw attention to its original fleet of Transit delivery vans, in 1971 Ford commissioned Terry Drury Racing to essentially install the shell of one of these vans onto the 5.0-litre V8 running gear from a GT40 race car. The result was panel van like no other, including racing livery, suitably flared wheel arches and 298kW of performance.

A collaboration with Austrian electrified rallying specialists Stard, the latest SuperVan features carbon composite bodywork inspired by the brand’s current reimagined GT supercar, including a swooped rear section that dives dramatically below a massive wing. Featuring an electric motor at each wheel, the new Van boasts 1,470kW of performance and is capable of a 0-100km/h sprint in around two seconds.

Why electric cars are so expensive in South Africa

The racing influence continues under the skin with unequal-length double-wishbone suspension at each corner. Motorsport-grade front and rear subframes, uprights, and brakes deliver the braking and steering capability to match the enormous straight-line go.

Showcasing Ford’s commitment towards the future of this important model range, the Pro Electric SuperVan features a liquid-cooled 50kWh battery capable of a 45min DC recharge. Included within the package is the brand’s latest Sync connectivity services, various driving modes and, of course, the latest in regenerative braking technology. These connectivity services are key to providing real-world data and maximised efficiency to fleet owners using the latest-generation Transit Custom vans to run their respective businesses.

“We’re bringing SuperVan into the 21st century with 1,470kW of all-electric power for unmatched excitement and unmistakable styling inspired by the new E-Transit Custom. But performance isn’t all about horsepower – the Electric SuperVan’s processing power means engineers can use real-time vehicle data to optimise its performance, just like on a top-level racing car,” said Mark Rushbrook, global director, Ford Performance Motorsports.

Driven at the 2022 Goodwood Festival of Speed by Le Mans winner Romain Dumas, the latest SuperVan also includes a “tyre cleaning” feature that allows the driver to lock the wheels on one axle so that the opposite wheels can spin freely, thereby removing any debris – while simultaneously entertaining the crowd. 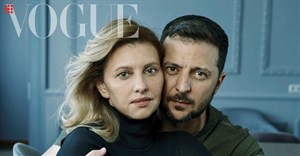 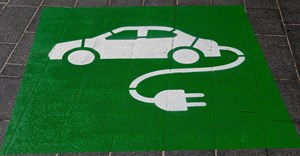 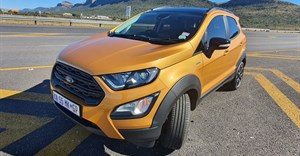