8 Sep 2016 | Email | Print |  PDF
Issued by: Design Indaba
As the biggest design platform and event on the continent, Design Indaba has had a long love affair with African creativity. For the first time in the event's 21-year history, the 2017 Design Indaba Festival is welcoming an external creative director in the form of sensational Senegalese fashion designer Selly Raby Kane, who will join the Design Indaba team at its Cape Town offices shortly. Born on the southern tip of Africa, Design Indaba has always been committed to growing the African design industry by promoting the ingenuity and originality of creatives on the continent. We’ve done this on home territory and around the world with nearly 22 years of African speakers at the Conference; 10 years of Expo promoting local design; and exhibitions, installations, activism and projects that celebrate the best of the people and the product. And we’ve gone deeper still - our digital series Africa. Now. has taken Design Indaba’s journalists to seven of Africa’s capital cities in the last 10 months, seeking to discover and share the untold stories of the up-and-coming talent from the 54 different countries.

In often challenging environments, design in Africa requires a certain alchemy. It gives us great pride to be the primary witness to the power of creativity to make change here, and to spread the word to the world. This is the north of our compass.

Our pursuit of stronger, more collaborative relationships across the continent continues this year with Selly Raby Kane’s secondment as the 2017 Festival’s creative director. 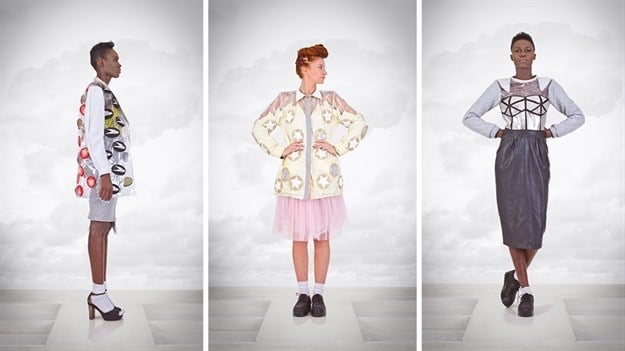 Who is Selly Raby Kane?

An alumnus of the Conference stage herself, Raby Kane spoke at Design Indaba 2015 and participated in the Africa. Now. exhibition at the final 2015 Design Indaba Expo as an ambassador of the Senegalese creative collective Les Petites Pierres.

Raby Kane launched her eponymous label SRK in 2012 and immediately became an icon of the Dakar creative scene. Her work has quickly become recognisable as being representative of the most exciting African design. Raby Kane’s surreal fashion line and her otherworldly style has since caught the attention of the world. 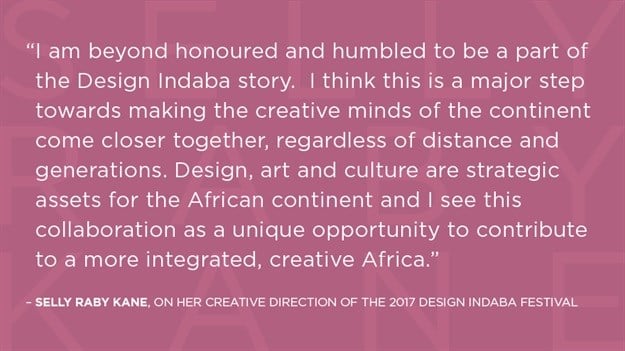 How will this affect Design Indaba 2017?

The curation of the 22nd annual Design Indaba Conference programme and the selection of speakers will, as always, remain under the expert eye of Design Indaba and it's founder, Ravi Naidoo. The distinctive and disruptive creative direction of Raby Kane will take shape through the happenings and activations in and around the Artscape theatre, the Design Indaba Festival's new annual home.

The Design Indaba Conference was broadcast live to six Southern African cities in 2016, and featured its very first international Simulcast in Windhoek, Namibia. In 2017, the scope of the Simulcast is set to increase even further through the African continent.

The Design Indaba Festival will take place at the ArtsCape Theatre in Cape Town, South Africa from 1 - 3 March 2017.

To get to know Raby Kane and her work, watch her 2015 speaker talk at Design Indaba Conference (below), in which she discusses the creative energy of Dakar, Senegal. 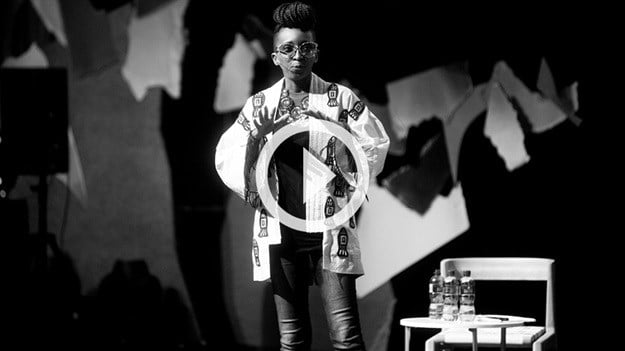