The new season of the exhilarating TV show, Shark Tank South Africa, is proudly brought to you by Beryl Group – a Pan-African investment company with a proven track record in diversified investments and key strategic holdings.

Scouted by the Beryl Group – the all new line-up of ‘Sharks’ who are tough, self-made, multimillionaire and billionaire tycoons – will commence their search in early 2021 to invest in the best businesses and products that South Africa and Africa has to offer.

The Sharks will once again give people from all walks of life the chance to chase the ultimate entrepreneurship-dream and potentially secure business deals that could make them millionaires.

When asked why they have chosen to invest in entrepreneurship, Beryl Group chairman, Neverl Kambasha said: "We have been investing in entrepreneurs for a significant amount of time. There's no doubt that Africa is the next frontier, and with that the driving force of changing the economic landscape on the continent, will be entrepreneurs. The possibilities of unearthing innovation, creativity and uncovering the 'next big thing' are endless hence we deemed it necessary to further invest in entrepreneurship. We look forward to seeing potential unleashed."

This, now well-known ‘structured reality programme’, Shark Tank, started as Dragons’ Den and was originally created in Japan by NTV in 2001. Four years later it was produced in the UK by BBC2 and has since been on air for over a decade.

Rolled out in various formats, spanning 31 countries, Dragons’ Den is known as ‘The World’s Number One Business Reality Show’. Shark Tank is a variation of Dragon’s Den, where the biggest difference is the set and use of VT (pre-recorded) footage. What this really means is that with Shark Tank, there is a greater focus on the entrepreneurial journey and that is what it is all about.

Make no mistake about it, this is not a case of ‘hook, line and sinker’, the ‘Sharks’ are seasoned business people with a knack for identifying businesses that could be lucrative through their investment. 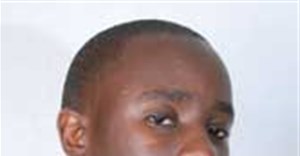 Endemol celebrates a decade of Big Brother in Africa13 Feb 2012