SA energy the dirtiest in the G20, report says

16 Nov 2018 | Email | Print |  PDF
The University of Cape Town's annual Brown to Green Report found that South Africa has the highest emission intensity in the G20 power sector, with emissions per capita being roughly double the group's average.
This trend has been increasing in recent years as a result of SA’s high dependency on coal and expansive new coal generation projects, the report said. While renewable energy has been growing rapidly with large investments, the share of electricity is still low.

“The emissions intensity of the South African power sector has increased by 5% between 2012 and 2017, despite several renewable energy independent power producers beginning commercial operation during this period,” say Bryce McCall of the university’s Energy Research Centre (ERC).

“SA also has above G20 average expenditure on fossil fuel subsidies as a proportion of GDP, and is currently rated as fifth behind Saudi Arabia, Italy, Australia and Brazil. Under our current economic conditions, subsidising dirty and expensive power makes no sense.”

These findings come on top of recently released satellite data that identified Mpumalanga as a global pollution hotspot, with Witbank being identified by the Tropomi satellite as having the world’s dirtiest air. The province is among the worst in the world for nitrogen dioxide (NO2) concentrations and has the lowest air quality in South Africa.

Despite commitments by both developed and emerging countries to reduce their dependence on fossil fuels, the report found that 82% of the G20’s energy supply still comes from fossil fuels and few have adequate policies to phase out coal.

Although SA is a signatory to the Paris Agreement to limit global average temperatures to below 2°C or 1.5°C above pre-industrial levels, the government’s decision to continue to build additional coal power plants until 2024 means that South Africa may not reach that target.

The report is however not all bad news for South Africa. SA is the only G20 country to explicitly reference the principle of a just energy transition as part of its commitments to the Paris Agreement.
Source: University of Cape Town
NextOptions
›
Email Print PDF
Read more: G20, pollution, emissions, Energy Research Centre 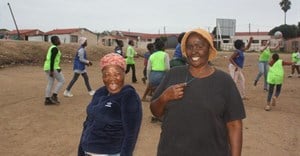