5 Dec 2018 | Email | Print |  PDF
According to the findings of a study by researchers from Stellenbosch University (SU) and the University of Cape Town (UCT), threats about Day Zero when taps would run dry had a far greater impact on Capetonians' water usage than water restrictions.
The study was published recently in the online version of the journal Water Research. The printed version will be available in February 2019.

“Our findings suggest that Capetonians responded more strongly to the threat of waterless taps than to the implemented levels of water restrictions. Our smart water meter data combined with billing data from the city points to a remarkable success on the side of citizens to drastically change their consumption patterns over a relatively short period of time,” says one of the researchers Prof Thinus Booysen from the Department of Electrical and Electronic Engineering at SU. Booysen conducted the study with Martine Visser from the School of Economics at UCT and Ronelle Burger from the Department of Economics at SU.

“Our study seems to indicate that while inciting some level of fear-mongering may have been a risky strategy for the City of Cape Town to undertake, it may have been the single most successful intervention in changing Capetonians’ behaviour as far as water usage is concerned.”

Booysen and his fellow researchers looked at the sequence of events leading up to Cape Town's purported “Day Zero” in 2017 and 2018, and connected key events to the changes in behaviour of households that used hot and cold smart water meters that measured water usage. Hot water meters (Geasies) were installed in Mpumalanga, Gauteng and the Western Cape from June 2015 to December 2016, while cold water meters (Dropulas) were installed in Cape Town from October 2016 to August 2017. Geasies enabled the researchers to compare the hot water usage in the three provinces.

Booysen says they compared hot water usage in Cape Town to that of Mpumalanga and Gauteng because although these provinces were unaffected by drought, they experienced many of the same drivers of change as Cape Town.

He adds that since households with Geasies and Dropulas are predominantly from the highest income quintile, and probably more informed and responsive to conservation messaging, they cross-checked their findings by mapping their data against that of the City of Cape Town's domestic users' total water consumption, as well as those in the highest income quintile amongst the city's users. Booysen points out that these households also use the most water.

“At this point the smart meter users were at 250L per day, which equates to 7,5 kilolitres per month (the Cape Town average was at 300L per day per over the month). The perverse effect of the contradiction in the Level 5 restrictions may explain the increase in usage to over 350L per day (or 10,5 kilolitres per month) at the end of the September school break.”

As far as the difference in water usage between Cape Town and the two other provinces is concerned, Booysen says it dropped from the middle of August 2017, after the release of the Water Resilience Plan, but continued to increase to a peak difference of 9L per day after the second week of September.

He points to three events in the first two weeks of August that might explain the apparent levelling off and subsequent reduction in the last half of August: the national government derided the City of Cape Town for not reacting adequately to the drought crisis, the city threatened to install water restriction devices for heavy users, and the mainstay annual West Coast Flower Show was cancelled because of the drought.

Booysen says a week after the announcement of the disaster plan on 4 October 2017, the difference between the regions started to increase, reaching 21L per day in the first week of November, indicating a substantial reduction in Capetonian’s water usage.

In mid-November, after the intervention by the premier and the national minister, the difference decreased to 6L per day at the start of the holiday period (18 December 2017 to 7 January 2018).

“A week after the Level 5 restrictions were introduced, hot water usage in Cape Town perversely increased, and the difference between the two samples quickly reduced to 2L per day in the following four weeks, apparently indicating diminished savings subsequent to Level 5 implementation.”

“After the holiday, which overlapped with the implementation of Level 6 restrictions, the difference between the groups increased steadily, reaching 33L per day in the last week of January 2018, as Capetonians used less water in response to the looming crisis and the introduction of Level 6B restrictions.”

Booysen says the cold water usage of households with Dropulas was similar to the City of Cape Town's.

“However, after the second week in January, usage increased steadily to levels higher than before the holiday period, matching an increase in the City of Cape Town household data. This increase peaked shortly after the city's announcement of Level 6B restrictions. A further reduction followed the implementation of Level 6B on 1 February, after which usage plateaued and slightly increased with the announcement on 22 February that Day Zero had been postponed to July.”

The researchers also analysed mainstream media and social media reactions to government announcements by searching for terms related to the water restriction levels and those related to the fear of the drought and its consequences.

“We wanted to identify points of heightened public engagement with the threat of empty taps, to understand how Capetonians digested, assessed and navigated the barrage of notices and news during the crisis,” says Booysen.

He adds that they restricted their searches to August 2017 to October 2017 because their data suggested there had been a strong and consistent decrease in water use by their sample of households in this period.

“Our analysis of the terms used during this period shows that the biggest response was observed not when the restrictions or tariff increases were imposed, but in response to a three-phased disaster plan that warned of disastrous outcomes.

Booysen says these spikes give the impression that the announcement of tighter water restrictions may have had less effects than the media frenzy and scaremongering that ensued after the release of the Critical Water Shortage Disaster Plan, which referred to the risk of running out of water, the possibility of having to queue for a ration of drinking water at collection points, and the increased threat of fire and disease in crowded settlements.
NextOptions
›
Email Print PDF
Don't miss BizTrends2022 - 7 keynote speakers forecast trends shaping business in our region! Register now! 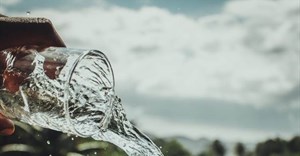 Water is the foundation of the Big Four Agenda6 Jul 2021 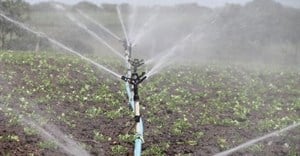 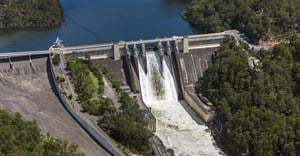 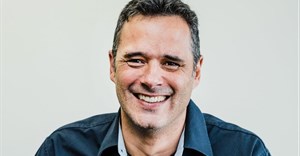