31 Jan 2018 | Email | Print |  PDF
The preliminary area estimates of today (30 January) are mainly based on the results of a non-probability survey conducted by the Directorate: Statistics and Economic Analysis of the Department of Agriculture, Forestry and Fisheries. Less favourable rainfall and warm temperatures in the western producing areas over the past few weeks prevented producers from planting their intended area with summer crops, especially in the Free State and North West provinces. The revised area planted and production figures, which will be released by the Crop Estimates Committee on, DV, 27 February 2018, will mainly be based on information obtained from the Producer Independent Crop Estimation System (PICES) survey for the Northern Cape, Free State, KwaZulu-Natal, Mpumalanga, Limpopo, Gauteng and North West provinces.

Other summer crops: Please note that only provisional national area planted figures of groundnuts, sorghum and dry beans for the current production season are being released today (30 January 2018).

Sunflower seed: The preliminary area estimate for sunflower seed is 560,100 ha, which is 11,90% or 75,650 ha less than the 635,750 ha planted the previous season. As some producers have not yet finished planting, mainly because of unfavourable weather conditions, rainfall during the next two weeks can still influence farmers’ decisions to plant sunflower seed.

Please note that the revised area estimates and first production forecast for summer field crops for 2018 will be released on 27 February 2018. 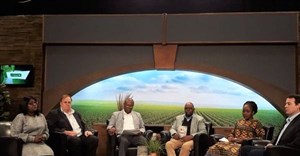 SA agrarian development agency to be launched21 May 2019 Kwanalu, AgriSA meet with KZN farmers ahead of EWC hearings31 May 2018