The Bay Harbour Market in Hout Bay, Cape Town has reopened with its focus on all things local, including a lineup of South African talent on the Fever-Tree Sound Stage...

Keeping your story real will benefit your businessArticle

Marketing thought leader, John Grant once said, "Authenticity is the benchmark against which all brands are now judged", and no more valid words could be spoken...

Hailing from the capital city Pretoria, the band The Capitals are on tour in the Western Cape this festive season...

The allure of community markets as social shopping hubsArticle

Traditional retail has become one of the most competitive business landscapes, but one of the sectors that appear to continue attracting high numbers of visitors is the local community market...

If you live in Cape Town and you haven't paid the Bay Harbour Market in Hout Bay a visit, you really should get going. If you're visiting the Mother City, I highly recommend you make the market one of your stops. This happy hubbub of food, craft and music makes for a great day out...

The CDI announces its new name, the Craft and Design Institute; the launch of SA's first craft and design directory; and the results of a survey undertaken by the CDI on the value of design retail in Cape Town...

Comedy at Bay Harbour Market for one night onlyArticle

In aid of the Ambleside School of Hout Bay, Bay Harbour Market is hosting a one-night-only Winter Comedy Sessions fundraiser...

A diverse range of artists and bands from across the musical spectrum live on the KWV Sound Stage this weekend...

The Vintage Saturday happens on the second Saturday of every month from 9.30am - 4pm, at the Bay Harbour Market, 31 Harbour Road in Hout Bay...

Fashionistas are invited to celebrate their love of beautiful clothing with a two-day pop-up market with Cape Town Fashion Council this weekend...

Bay Harbour Market is turning three and calling you to rethink the bag, and celebrate your plastic bag independence in association with Thrive and the Two Oceans Aquarium on Saturday, 5 July 2014.

Bay Harbour Market: For every type and taste budArticle

As tempting as sleeping in on a rainy Saturday morning may be, don't let this Mother City and her weather moods make you miss out on a weekend at Bay Harbour Market which, I believe, is one of the best markets Cape Town has to offer. 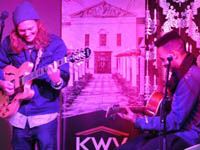 Bay Harbour Market in Hout Bay, Cape Town, has confirmed its support for the SMIPES initiative which aims to generate funds for vulnerable children in South Africa.

The Bay Harbour Market celebrates the month of March bringing you live entertainment on the KWV Sound Stage every weekend.

On 25 July 2013 volunteers began planting a lavender garden in Hangberg as part of the Bay Harbour Market community project, in association with Lavender in Lavender Hill, an organisation that works towards improving communal surroundings and instilling community pride. From 25-27 July, from 10am-4pm on Harbour Road (opposite the market), volunteers helped to plant 100 lavender bushes.

Over the months of May and June, all visitors to the eclectic Bay Harbour Market in Hout Bay will have the opportunity to seek, find and meet the Bay Harbour Market celebrity pig, Viola - Queen of the Bay, and effect 'change for change' by making donations into this unusual piggy bank.

The once abandoned space of the derelict fish factory in Hout Bay is today a vibrant weekend market, known as the Bay Harbour Market, a 'must visit' destination for locals and visitors to Cape Town. It opened in July 2011.

Hout Bay's Bay Harbour Market had to recently shut its doors as a result of critical upgrades that needed to be done on the premises in order to adhere to the strict fire regulations that are essential in doing business in the City of Cape Town.

Hout Bay's new Bay Harbour Market, which opened in July 2011, is closed temporarily to carry out critical upgrades that needed to be done to adhere to the fire regulations of the City of Cape Town. It will be reopened in time for the festive season.