By: Samantha Snedorf
The South African gin revival has seen not only the resurrection of what was once considered an archaic posh lady drink, but has also paved the way for innumerable local craft distilleries that produce an incredible array of craft gins. With the number sitting at somewhere like over 200 individual gins, I think this makes us one of the most beautifully juniper-filled countries in the world, but I may be biased. Any time is Monk's time - image couresty of Monk's gin

Only a few short months ago, a new gin was added to South Africa’s repertoire and it was a noteworthy gem.

Monks gin was released on the 25th of November 2017. A family-run distillery joined with silent partners, it is headed by Nic, Di and their son Connor Davis, all of whom are already making waves in the local gin community. Although none of the Davis family members have distilling backgrounds, each individual brings their own set of valuable skills to the table, making for the powerhouse of a business that they are today. Meet some of the Monk's team - image courtesy of Monk's gin

Nic the entrepreneur and quick learner, after doing various courses over the span of a year with Roger Jorgenson himself, is the distiller. Di, who comes from a film background, manages the marketing and oversees photography. And finally, Connor who was never meant to be part of the company but was one day handed a client book and told to sell the Monks gin that his car had been packed full of, has flourished and is now the sales and brand ambassador.

Where it all began

Some years ago, the Davis family bought shares in a property on a farm in the Breede Valley from fifth-generation wine farmers Coenie and Edelgard Lategan. What started out as a weekend getaway blossomed into the idea of a distillery when, at the beginning of the craft gin movement in South Africa, Nic and Coenie, whilst having sundowners, looked around at the farm full of botanicals and simply stated, “We’ve got everything we need around us to make a really good gin! Why the hell are we drinking someone else’s gin when we could be drinking our own?” And thus the friends began their endeavor of opening a distillery together. Almost all of Monks botanicals come from the Breede valley, with all of the fynbos hand-foraged off their farm. The bucchu, confetti bush, slangbos, renosterbos offer seemingly endless options to choose from, which is why narrowing down the exact fynbos selection for the gins was such a laborious process. On their farm is a bucchu with an aniseed flavour so strong it numbs your mouth compared to another which so light that it can barely be tasted. Finding the right balance was important, which explains why it took two years to develop the original recipe for the Mysterium gin alone.

The Monks brand consists of three gins: First is the Mysterium, a firm family favourite as it is the flagship gin. This gin was developed through a large amount of trial and error. On the palette, it is so soft and delicate that it can be enjoyed on the rocks. To pour tonic with it is, in Connor's words, “sacrilege” because of the subtlety in the gin. It is better not to add too many flavours to this gin as they may overpower the more delicate gin notes. The fynbos and sceletium-flavoured gin was an intense labour of love which Nic would settle for no less than perfect on. Even when everyone else was happy with the taste, he was not content until it met his standards. Second in the range is the Medella, which is great for cocktails as it contains African ginger which is powerful enough to hold its own when other flavours are added. It also contains blueberries that are grown on their farm that the shareholders own. The blueberries are first macerated for ten days, which pulls out all the goodness and flavour which is then added to the gin. The Medella has such a powerful flavour that it doesn’t matter what you add, the gin will always come through.

Finally comes with wild child and latest edition to their range: The Mary Jane gin. Now let me set this straight: This gin DOES contain hemp but it does NOT contain any of the active ingredients that can make you high, so you will not get stoned from drinking this gin, only enjoy the gorgeous citrus flavour that the hemp imbibes as well as the gentle anise from the perfect selection of bucchu. I am personally a big fan of this gin, and I think the way that it has been marketed is extremely clever because Monks led with their first two gins of impeccable quality. They established themselves as a trustworthy brand and it was only after this identity was set that they took the risk that came with something as bold as the Mary Jane gin. My favourite part is that the recommended retail price is R420 (insert stoner joke here).

The progression of their gin releases also means that with the banger that Mary Jane is, Monks is not just known as the “Dagga gin makers” as they have two classy firm favourites as predecessors.

The influence behind the Mary Jane gin itself is also quite an interesting one. Both Nic and Connor suffer from chronic illness that can only be helped with the use of cannabis oil. Connor himself stated, “it has changed my life forever. It has saved my life”. This gin is not only the unique one in their range but also serves to promote awareness around cannabis as it gets less informed people asking questions and, of course, it has helped the Davis family to no end.

The hemp extract in this gin is imported from France and is steam distilled, meaning that all the good properties of hemp are still intact, making this, in my opinion, possibly one of the healthiest gins out there!

Finally, the name of Monks gin came from Nic’s constant reference to the Benedictine monks while researching the history of gin and distilling. The Benedictine monks first began distilling using copper in the 11th century. It was only due to a lack of steel working machinery and capabilities that they were forced to use copper because of its extreme malleability. What they didn’t know is that copper has the incredible capability of removing sulphates and poisons out of the alcohol indefinitely. To this day, there has been no other element discovered that can do what copper can do in the distillation process and modern day stills still contain copper plates or mesh within their columns to remove the sulphates.

Monks gin is so steeped in history that the interesting symbol you see inside of the letter O in Monks lettering is the alchemic symbol for copper. The copper colour theme also runs through the gin branding. The Alchemic symbol for copper - image courtesy of Monk's gin

Distillation is a deep science which brings us to their by-line: The alchemy of gin.

Overall, the Monks brand is one to watch out for and I highly recommend getting yourself a bottle as soon as possible. For more info, check out their website.

Read the original Meet the Maker on SamSamButDifferent.

Snedorf is a qualified journalist and full-time blogger. She is obsessed with gin and is trying to bring light to the enormous number of gins and talented crafters that we have in South Africa. She films weekly videos where she samples different gins and focuses on their different botanicals. In the near future, she would love to host gin tastings and sell the handcrafted botanical bags she creates. She adores travel and wants to explore the world whilst drinking gin and taking beautiful photos.
Read more: gin, gin brands, Samantha Snedorf 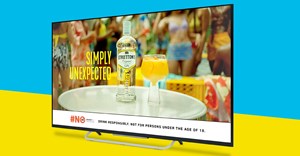 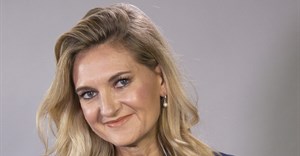 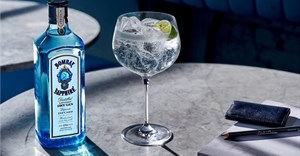 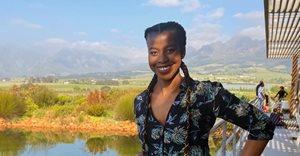