11 Nov 2020 | Email | Print |  PDF
By: Mologadi Makwela
Food system activities - including production, processing, retail and waste - take place within cities. However, neither food insecurity nor the food system have been given enough recognition or thought in the ways cities are designed.
These are the central arguments of Food Sensitive Planning and Urban Design – A Blueprint for a Future South African City?, a new working paper published by the DSI-NRF Centre of Excellence in Food Security.

Urban planners and urban managers, must take these on-the-ground realities into account if they are to reimagine the design and organisation of urban areas and the urban food system, say the paper’s authors, Dr Gareth Haysom, Associate Professor Jane Battersby of the African Centre for Cities at the University of Cape Town; and Ms Robyn Park-Ross of Cape Town activist organisation Ndifuna Ukwazi.

In South Africa, the paper points out, the overarching mandate for food security is still vested in the National Department of Agriculture, Rural Development and Land Reform (DALRRD). This arrangement reinforces the distorted picture that food insecurity is a rural production problem; and that the country’s food insecure are largely to be found in these rural areas.

But as troubling as the high rates of hunger and risk of hunger remain in rural areas, urban hunger has been clearly documented in the South African National Health and Nutrition Examination Survey (SANHANES). In its detailed 2013 study, the survey showed that among those people most at risk of going hungry, 36.1% could be found in the urban informal, compared to 32.8% living in rural informal areas.

Despite this rural focus, In South Africa, the urban food system has “in fact dominated the South African food landscape since the early 1900s”. This is in large part thanks to historical forces – colonial, Union and apartheid-era policies of dispossession – that all but choked black farming out of existence. The grip of the urban food system was further cemented by industrial strategies that were designed to keep urban wages low and led to the availability of cheap staple foods in urban areas, as well as through South Africa’s early adoption of the ‘supermarket revolution’, referring to the rise of supermarkets at the expense of traditional shops and markets. Today, this means that the majority of South Africans, both urban and rural, are fed by large consolidated corporate entities.

This pattern was perpetuated after 1994 as the post-apartheid state privatised most food system functions.

Nonetheless, policies continue to operate along the bias of rural-centred food insecurity. As a result, “the way in which food systems data are assessed perpetuate a rural and production-oriented view of both the causes and drivers of food security that then cascade into governance-related actions”, the paper’s authors say.

One area of particular potential is the pivotal role that local government plays through its powers to draw up and enforce planning regulations, by-laws and other Constitutionally derived mandates, such as the managing and/or licencing of produce markets. Current urban management practice typically favours large formal retailers, with informal trading and smaller shops side-lined or actively criminalised.

“In general, the governance of urban food systems in African [and South African] cities still happens in an uncoordinated and unintegrated way, and urban planning is often used as a tool for clamping down on informality rather than promoting livelihoods and food security,” argue the writers.

Instead, they propose, South Africa should adopt what’s known as a food sensitive planning and urban design (FSPUD) approach. Such an urban-planning framework would include the creation of “attractive, liveable surroundings” that facilitate a “strong and competitive economy” and support “access to the appropriate goods and services people need”, specifically food.

The fundamental premise of FSPUD is that “food is embedded in planning and urban design”. In South Africa, this would mean incorporating a pro-poor strategy that designs and plans first for those who have the most constrained access to food. This approach also seeks to better integrate the informal sector into the urban food system.

The paper presents several international, but largely Global South case studies that could provide useful blueprints for South Africa, but also celebrates past planning and urban design innovations that have been groundbreaking in their focus on food access. In Brazil, for instance, one local government initiative sought to improve access to a range of healthy foods by building a network of local restaurants; increasing the sale of subsidised foods to registered low-income families; incorporating a school feeding programme and a municipal food distribution centre for restaurants and school kitchens, and opening private land where traders could sell their goods to food stores.

As demonstrated there and elsewhere, FSPUD would provide a viable alternative to the siloed governance approach that focuses largely on the formal food sector, say the authors. In so doing, it could help undo the harm of food policies and approaches that have normalised poverty for the past 140 years.
NextOptions
›
Email Print PDF

DST-NRF Centre of Excellence in Food Security
DST-NRF Centre of Excellence in Food Security is a virtual centre co-hosted by the University of the Western Cape and the University of Pretoria. Our mission is to undertake research to determine how a sustainable food system can be achieved to realise food security for poor, vulnerable and marginal populations. Our vision is to become a global leader in research, capacity building, and knowledge brokerage and service provision in food security and nutrition in Africa.
Go to: http://www.foodsecurity.ac.za/news Urban farming: Is it financially and spatially feasible?17 Jul 2020 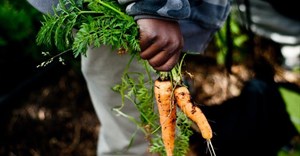 How planting a garden can boost bees, local food and resilience during the coronavirus crisis14 May 2020 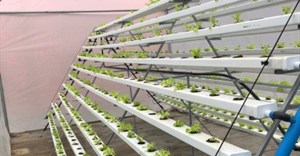 Why rooftop farms may be the next big thing30 Apr 2019