23 May 2016 | Email | Print |  PDF
By: Fifi Peters
Labat Africa's share price has nose-dived more than 40% since its shock announcement three weeks ago that all talks to acquire several businesses in the transport and logistics sector had collapsed. The surprise announcement on 5 May came on the heels of a statement last month that its acquisition of Reinhardt Transport Group (RTG) - the deal that was supposed to be a "game changer" for Labat Africa - had fallen through.

At the time of the announcement, Labat was trading at about 44c per share. As a result, profits for the six months to February were expected to fall below forecasts, the company said.

The R560m acquisition of RTG, a large transporter of dry bulk commodities, was intended to be Labat's springboard into the logistics sector. When the acquisition was first announced last year, Labat, which is headed by former South African Rugby Union boss Brian van Rooyen, said it expected its half-year results to improve more than 100%, and that the deal would help it move to a half-year profit from a loss in the previous comparable period.

In March, however, Labat's optimism faded. The black-owned investment company said RTG's turnover and margins in the six months to February had been lower than expected, and it was necessary to restructure the original terms of the R560m deal. For reasons not known to the market, Labat announced on 4 April that it had decided not to pursue the proposed deal.

Van Rooyen had not responded to e-mailed questions by the time of publication.

The other transactions Labat had pursued included the R50m acquisition of Transmac, the R45m acquisition of Senna Motors (Elfs Trans) and the acquisition of Marble Vendor, three fuel distribution businesses, a vehicle hire company and a logistics business that delivers coal to Eskom power stations.

Alpha Wealth small caps fund manager Keith McLachlan said the recent deal flow would have changed the face of the group materially since the rest of Labat did not appear to consist of a strong business. "The RTG acquisition was game-changing. It was going to materially change the size and scope of the company," said McLachlan.

By 3pm on Friday, Labat was trading at about 27c. 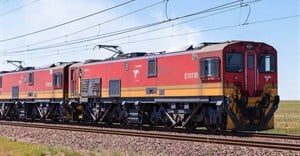 SA and Botswana to improve rail freight links16 hours ago 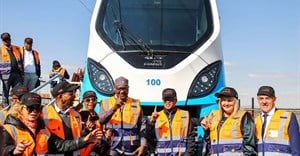