On Monday, 20 June 2011, the Cannes Lions International Festival of Creativity honoured the first of the winners at the Promo & Activation, PR and Direct awards ceremony.

The Promo & Activation and the Direct Grands Prix went to Romania. BV McCann Erickson Bucharest took the two Grands Prix for its 'American Rom' entry for Kandia Dulce. In the PR category, the jury awarded the Grand Prix to Clemenger BBDO Melbourne, Australia for its entry for the National Australia Bank, 'Break Up'. The Direct Agency of the Year award was won by Ogilvy Argentina Buenos Aires.

The second of four awards ceremonies took place on 21 June 2011 to honour the Media, Outdoor and Radio Lions winners.

The Gold winners of the Young Lions Media Competition was the team from Czech Republic. Silver place went to Germany and Bronze to Brazil.

The winners of the Press, Design and Cyber Lions categories was announced and awarded at the third Awards Ceremony of the Cannes Lions Festival week on 22 June.

JWT Shanghai won China's first ever Grand Prix in the Press category for their ad 'Heaven and Hell' for Samsonite. The Design Grand Prix was awarded to Digital Kitchen Chicago, USA for 'The Cosmopolitan Digital Experience' created for The Cosmopolitan of Las Vegas.

The Media Person of the Year award was presented to Eric Schmidt, executive chairman of Google. Also honoured were the winners of the Young Lions Print & Cyber Competitions. The team from Australia took the gold Print Medal, with Canada taking gold for their Cyber entry.

The final night of the Cannes Lions International Festival of Creativity has concluded with the Film, Film Craft, Creative Effectiveness and Titanium and Integrated Lions Awards Ceremony on 25 June.

Wieden+Kennedy Amsterdam, The Netherlands, won the Film Grand Prix for Nike's 'Write the Future'. Droga5 New York, USA was presented with the Film Craft Grand Prix as well as the Integrated Grand Prix. The jury decided not to award a Titanium Grand Prix.

Sir John Hegarty was honoured and presented with the inaugural Lion of St. Mark trophy.

The Network of the Year award was presented to BBDO and Holding Company of the Year went to WPP. IKEA walked away with the Advertiser of the Year trophy.

All the winning work from Cannes Lions 2011, is now available to view online along with their credits at www.canneslions.com.

Cannes Lions owner Ascential is to split in two26 Jan 2023 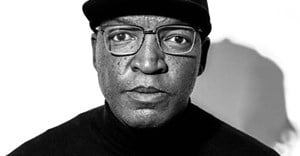 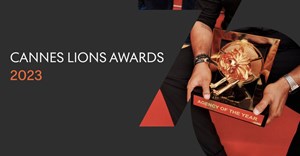 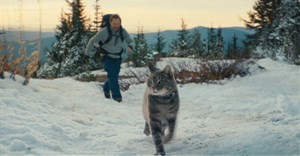 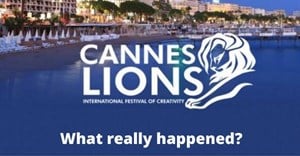 #LunchtimeMarketing: What really happened at Cannes this year?8 Jul 2022