This was the first y/y increase so far this year and may herald a turnaround in the fortunes of the local steel industry, which has been battered by increased steel imports.

South African steel production nonetheless fell 7.6% y/y in the first half 2015 to 3.2-million tons as the industry battled with electricity supply disruptions and subdued domestic demand. This is in part due to the government's multi-billion rand infrastructure investment plans failing to gain traction, as investment in steel-intensive railway corridors such as links to Swaziland and the Waterberg coalfields, remain plans, not projects.

The poor domestic demand conditions meant that Russian-owned Evraz Highveld Steel and Vanadium (EHS) placed itself in voluntary business rescue in April 2015 after it suffered mounting losses. Its recent annual steel production was of the order of half a million tons.

Steel accounts for 4.7% of total manufacturing production and is an important indicator of the overall health of the sector as it feeds into other manufacturing sectors such as cars, fridges and other steel products.

Steel production in Africa on the rise

Demand in the rest of Africa is however on the rise as projects such as Mozambique's railway line linking Tete and Nacala near completion. This and other rail and port expansions in the rest of the continent means that the World Steel Association expect Africa to be the top performing region in the world in terms of apparent steel usage with growth of 7.4% in 2015 to 40-million tons after an increase of 4.2% in 2014. 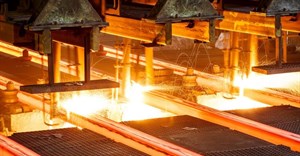 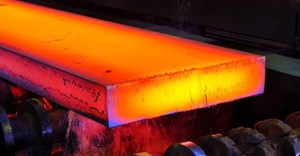 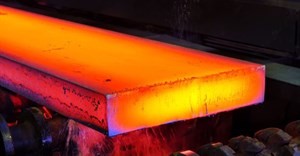