By: Mike Sharman
It's an incredibly proud moment for me to clackety clack away at the keyboard and complete the sentence (and realisation) that Retroviral is seven (VII) years old.
I recently gave a talk to a group that comprised mainly students. I provided an elevator pitch of my entrepreneurial Odyssey and a highlights' package of my key takeouts. There is so much talent in South Africa. When I'm big, I want to help more young people to start businesses and advise them on navigating the stormy, entrepreneurial, seas.

Storytelling is humanity's greatest invention. These are seven stories that have helped shape our agency. This is why I get out of bed. Every. Damn. Day...

At the end of 2011, I sat with an incredibly talented filmmaker friend of mine – Fausto Becatti – to make this in my dad's home office. I had scripted the first of what would later become known as the retrospective; an opportunity for me to creatively humblebrag about all the amazing $#!t we had achieved, over the previous 12 months. This film was PR gold for our challenger brand. It made potential clients, journalists, and agencies sit up and take notice of this new, hybrid kid on the block. IMHO.

I am eternally grateful to Gia Callinicos for introducing me to the Black River FC ad agency. Ahmed, Janine and the rest of the team I had the privilege of working with. It was right place, right time, universal alignment. On two previous occasions we had demonstrated scientific capabilities of 'viral' engineering but it was as if our agency was destined to work on this campaign. This Cannes Bronze, Prism Gold, Loeries Grand Prix remarkable BRFC concept, certainly placed our seeding skills, firmly on the map. 1,000,000 views – organically – in 6 days.


Yawn for a coffee!

We've always spoken about the holy trinity of marketing – activation, digital and PR, but it was only when we worked with Cederdog, We Are Awesome, Seed and a host of other total badasses, that I realised the impact of the experience. The below video is more than eight minutes long so you may not get to watch it on the clock but this piece – to me – epitomises the rock 'n roll, entrepreneurial lifestyle:

Man, I love this one. It has such a special place in my heart because it has so many parallels with the hustle. Convincing a conservative client to agree to this idea: 'What do you mean you want to compare a R2m blerrie horse to a taxi, soutie?' Guerilla shooting methods. Liesl, Mark Stry, and the Spitfire gang, you gave our idea such an incredible soul.

This became a local, internet cult classic. Because: Team Best.

One of the most stressful jobs of our existence, but the juice was most definitely worth the squeeze. Brexit – 'make London look less like London', outdoor activation – non-stop rain. A crew of eight Saffas – art department, production, and agency – battling the elements to achieve remarkable-content status. Massive shoutout to Tazzle on this one, and thanks to Darren and 10th Street Media, Keenan and Shaun for bringing this to life and earning us an Ad of the Week.

A recent campaign of the year winner at the SA PR Awards (Prisms) and a career highlight. Once again, we couldn't have done this without Tazzle and Jen.

To every single one of you who have walked through our doors over the past seven years to work, play, debate, donate – I value you and the lessons you have imparted on me. Thank you for your belief and your bravery. 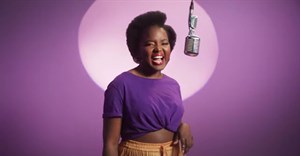 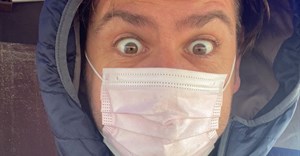 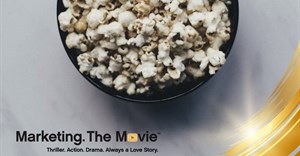 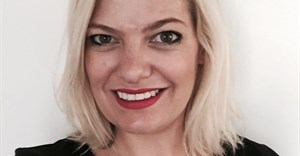