Padilla has never been to South Africa, so in addition to sharing his experiences in starting up the Anagrama agency with us, the visit will be a learning experience for him.

He’s the son of a prominent architect, so while the decision to study the creative arts may have seemed a clear winner, it took some careful thinking before he decided on graphic design as a specific interest. The reason? That way, he could work across the various creative disciplines.

Padilla graduated, worked in advertising for a year, then founded Anagrama with Mike Herrera and Gustavo Muñoz in a cramped bedroom.


Since then, their studio has evolved into a team of 30 designers, architects, programmers and software engineers with offices in Monterrey and Mexico City.

Anagrama now works in everything from graphic and interior design to interactive design in more than 40 countries throughout the five continents, with the likes of Rihanna, Armani, Nike, and Vitra as clients.

Last year was a splendid one. You represent the reason we exist and the motivation for our work. We unfeignedly wish you a wonderful 2018 new year start. Thank you for everything! �� #anagrama #anagramastudio #kinetictype #graphicdesign


Who better as a design jury resident, then?

Loeries CEO Andrew Human says that the Loeries’ jury presidents are selected from the world’s top creative, as the Loeries is globally recognised:

Here, Padilla lets us in on his judging expectations and what he’s expecting from this year’s design entries…

Congratulations on being appointed as jury president for the Loeries! What does this mean to you personally?
Thank you! It means a lot to be in this position and being able to participate in a very important role at the Loeries.

What are you most looking forward to from the 2018 Loeries judging experience and Creative Week in August?
To see great new work from different designers and studios.

Sebastian says the best taco joints have the worst branding. So, he and his team at @anagramastudio developed the ugliest design they've ever made.#rgdDT pic.twitter.com/QUcULuRYxK

You’ll also speak at the DStv Seminar of Creativity during Creative Week, share the essence of what attendees can expect.
I will share some insights about our creative process and also a little bit about how Anagrama came to be.

What’s the biggest trend in advertising that you expect to see from this year’s entries?
A more aggressive shift from the minimalistic trend from the past 10 years.

Lots to look forward to. Keep an eye on our Loeries special section for the latest updates and live coverage of the 40th annual Loerie Awards in Loeries Creative Week Durban, taking place from 16 to 19 August 2018. Padilla says you can also follow him on Twitter and Instagram.
NextOptions
›
Email Print PDF
Follow 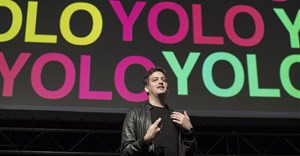 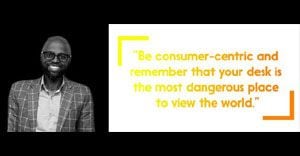 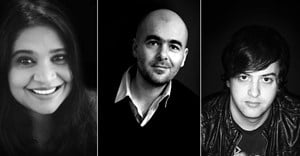