28 Mar 2014 | Email | Print |  PDF
By: Razina Munshi
Grindrod's diesel-electric locomotive‚ which the company said was the cheapest in the world‚ could pit the logistics group as a competitor against state rail utility Transnet and global rolling stock manufacturers such as General Electric and Electro-Motive Diesel.
Traditionally a shipping company‚ Grindrod has ventured into rail infrastructure investment in Africa. It owns 51% of RRL Grindrod Locomotives.

"Our locomotives are consistently priced better than other original equipment manufacturers‚" RRL Grindrod Locomotives' chief executive Robert Spoon said at the launch of its upgraded 30‚000m² plant east of Pretoria.

The company would not disclose the price of its locomotives‚ but has said they were as much as 30% to 50% cheaper than market prices.

He said Grindrod's locomotives cost less‚ even when compared with Chinese rolling stock not subsidised by the state.

According to Spoon, the Chinese were only beginning to understand the real cost of producing locomotives. The rising cost of labour in that country had also caused prices to rise.


Spoon said RRL Grindrod Locomotives was already an original equipment manufacturer of diesel electric locomotives‚ despite the firm being a new entrant into the rail engineering sector. It set up the Pretoria plant in 2006.

Transnet‚ which has ambitions of becoming an original equipment manufacturer‚ is set to compete with Grindrod for the same market: mining companies and rail utilities in Africa‚ where existing rail infrastructure is poor.

Trade and Industry Minister Rob Davies welcomed the company's voluntary increase of local content - above the department's 65% threshold - saying it was proof that SA is an industrialising economy.

He said Grindrod was one of the companies expanding manufacturing operations in response to incentives under the Industrial Policy Action Plan.

He disregarded the possibility that Grindrod would compete with state-owned Transnet. "Our industrial policy is not about picking winners. Competition is a good thing. We have to see who does it better‚" he said.

Grindrod was waiting for the department's approval of its application for support under the Manufacturing Competitiveness Enhancement Programme. The incentive was designed to support growth and to promote competitiveness in the industry.

The firm has applied for a capital expenditure grant of about R40m. It had already spent about half of that on upgrading its plant.

In addition to locomotive manufacturing and repair‚ Grindrod's rail services include operations‚ leasing of locomotives‚ track construction, maintenance and signalling. Its locomotives could also be built for railway lines of any gauge, with components from a number of different global manufacturers.

The company recently won a contract to build‚ operate and maintain a new 600km railway line linking Zambia's Copperbelt with an Angolan port.

"That African network‚ its variety of services and the new capacity at RRL Grindrod differentiates the company from other locomotive manufacturers" said‚ freight services division chief executive Dave Rennie.

Spoon added that Grindrod made finance available to clients through the Pembani Remgro Infrastructure Fund, which made it easier for state and private railway entities and mining companies to lease Grindrod locomotives. 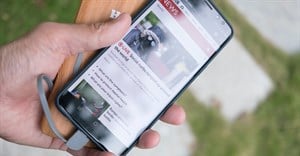 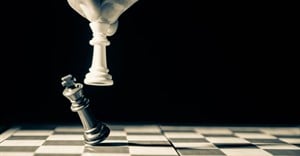 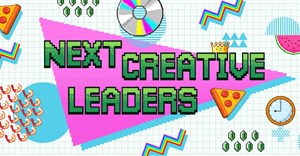