22 Jul 2015 | Email | Print |  PDF
Over the next four months the Prince Edward Graving Dry Dock in Durban, owned and operated by Transnet National Ports Authority (TNPA), will undergo a R30 million repair project on its outer caisson. The repair project is the third and final phase of a repair programme on the ageing structure after it was deemed unsafe and in need of repair and general maintenance.
Earlier this month TNPA appointed Durban-based engineering firm Channel Construction as the successful bidder after a competitive tender process in which the company satisfied all technical, BBBEE and price evaluation criteria. Channel Construction will work closely with managing contractor, Sebata Group, which is overseeing the project, with technical expertise and quality assurance provided by a team including KwaZulu-Natal's only naval architecture firm, Naval Africa.

Durban Port manager, Moshe Motlohi said: "The contractor's preferred method required a four-month non-operational period of the dry dock. However, TNPA has implemented a contingency plan in consultation with the project management team to reduce this period to two months in order to minimise the impact on the industry.

"We have thoroughly investigated various methods, including an option of keeping the dry dock operational during the entire project implementation phase of four months and the associated risks. We are however confident that the method we have adopted will afford protection against risks such as endangering the structural integrity of the caisson and dock, escalating costs and prolonged duration of the project," he said.

The repair project is expected to run from July to November 2015, with the non-operational period occurring over August and September. TNPA confirmed that no repair bookings had been received from industry for the non-operational period of two months and there would be a vessel in the dock for service during July for a 20-day period and another in October. The dock's current market includes cargo vessels and TNPA's own fleet of marine vessels.

Channel Construction would work 24-hour shifts with the majority of the work to be carried out offsite at the contractor's Bayhead workshop. Work will include demolition and waste disposal, structural repair, welding, modification and replacement of structural members and plates, design and fabrication certification, commissioning and final handover.

TNPA expects the Durban dry dock outer caisson repair to be completed in November and it would be commissioned when there is a vessel scheduled to depart from the dry dock during this month.

TNPA is meanwhile fast-tracking investments into ship repair facilities nationwide. The authority has identified projects to the value of R16.8 billion aimed at facilitating the growth of the local ship repair, shipbuilding and oil and gas sectors. All of the projects are set to be operational by 2019.

Investing in SA ports and unlocking the ocean's economic potential

These plans dovetail with the South African government's Operation Phakisa initiative which aims to unlock the economic potential of South Africa's oceans, estimated to have the potential to create just over one million jobs and contribute up to R189bn to South Africa's gross domestic product (GDP) by 2033. 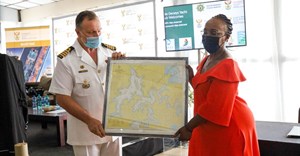 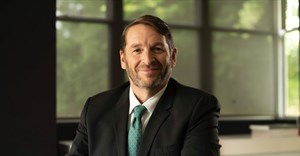 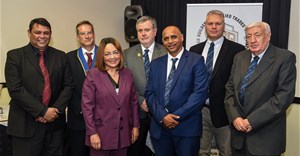 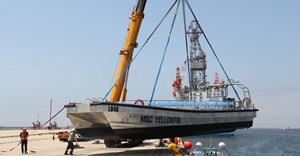 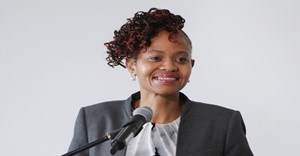 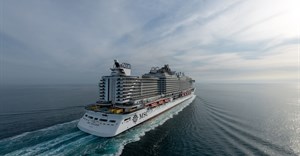