24 Nov 2020 | Email | Print |  PDF
According to a recent news report by CNN Business, General Motors (GM) is recalling 7 million bakkies and SUVs worldwide with airbags that were made by the same Japanese manufacturer whose airbags are linked to at least 17 deaths in the United States (US).
The National Highway Traffic Safety Administration ordered GM to make a recall in the US on 23 November, rejecting the vehicle manufacturer's argument that the airbags didn't need to be replaced.

The recall centres on a defect in airbags made by now-bankrupt Japanese manufacturer Takata that caused the bags to explode, spraying shrapnel through the vehicle. In addition to the deaths, other drivers or passengers have been blinded or maimed.

Another report by Al Jazeera mentions that GM did not fight the recall.

The automaker had petitioned the agency four times starting in 2016 to avoid a recall, contending the air bag inflator canisters have been safe on the road and in testing.

The Silverado is GM’s top-selling vehicle and the second-best-selling vehicle in the US. Also covered are the Chevrolet Suburban, Tahoe and Avalanche, the Cadillac Escalade, GMC Sierra 1500, 2500 and 3500, and the GMC Yukon.
Email Print PDF
Read more: manufacturing fault, airbags 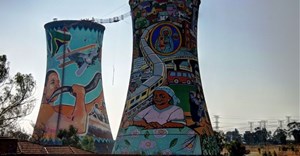 Where does graffiti stand when it comes to copyright?24 Aug 2018 Fiat Chrysler recalls more than a million pickups15 May 2017 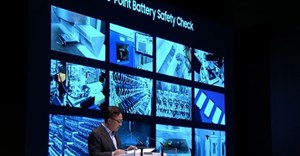 Samsung's Note 7 post-mortem25 Jan 2017
Republication of selected Bizcommunity content for non-commercial purposes is allowed if the original article is linked to with "Source: www.bizcommunity.com". Please click here for more information and to request permission.
Let's do Biz