25 Jan 2017 | Email | Print |  PDF
South Africa Bike Festival, powered by Discovery Channel, has announced that GAS Sports will be bringing the 1000cc class for a round of the DEOD SuperGP Champions Trophy to Kyalami Grand Prix Circuit from 26 to 28 May. Visitors can now look forward to seeing over 30 of SA's top superbike riders battle it out on Gauteng's renowned race circuit.
This will be the debut at the newly refurbished Kyalami Grand Prix Circuit for this race series and the organisers have welcomed Swiss luxury watchmakers, Tissot, as the official timing sponsor.

The schedule of events for the weekend will include three 20 minute practice sessions as well as one qualifying session on Friday 26th May, with main races on Saturday 27th and Sunday 28th May at 14h00. This means an hour a day of SuperGP action in-between the Circuit Test Rides and Stunt Shows also taking place on the circuit at the event.

Over the past three years the SuperGP Champions Trophy has been established as a premier national motorcycle racing series on the South African calendar with many of its stars going on to showcase their talents on the international stage. Current runner up in the 2016 SuperGP Champions Trophy, Michael ‘’Magic Mike’’ White, will be one of the riders competing, joined by local talents, multiple National Superbike Champion, Greg Gildenhuys and four time SuperGP Champion, Clinton Seller.
A full list of standings, teams and riders will be available throughout the year on the SuperGP.co.za website and visitors to SA Bike Festival can bring their families along to get autograph signings and photo opportunities with all the contenders in the Sky Lounge and on the main stage on all three days of the festival.

For further information on South Africa Bike Festival and the line-up of activities visit www.southafricabikefestival.com.

Currently running is an early-bird promotion for the months of January and February. Book before the 28 February and save 25% on all tickets. Use promo code SUPERFAN25 when buying online or call 086 1000 291.
NextOptions
›
Email Print PDF
Don't miss BizTrends2022 - 7 keynote speakers forecast trends shaping business in our region! Register now! 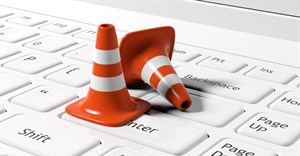 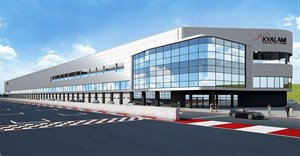