By: Debbie Hathway
The list of creative credits for a production such as Richard O'Brien's Rocky Horror Show, which remains a worldwide hit decades after its 1973 opening, feels as long as my arm: I’ve mentioned only a handful above, but together the team is largely responsible for the success of what has been described as the biggest cult musical of all time, leaving audiences gasping for more at every final curtain. That’s when they’re not calling out in response to some of the show’s scripted lines.

This level of audience participation – as well as the effort many theatregoers make to dress up for the occasion – is as fascinating for Rocky Horror “virgins” as it is exciting for die-hard fans. Think glam rock full of sequins, garters, corsets and feather boas if you like over the top, otherwise there’s always the more conservative Brad-Janet look. Use Google to find the callouts if you really want to immerse yourself in the experience – and watch how the actors don’t miss a beat as they respond in turn. O’Brien is not the first and he certainly won’t be the last creative to imagine a hit song in a matter of minutes. In fact, he quotes Noel Coward in the programme notes, saying: “Never underestimate the potency of cheap music and they are very simple songs. Incredibly simple.”

“Timewarp” was written in rehearsal and “Touch-A, Touch-A, Touch Me” took about half an hour to churn out one night when O’Brien realised a scene was lacking a song. Under pressure, he delivered!

The production itself developed from a 20-minute gig he wrote to entertain staff at an EMI studio Christmas party. It incorporated “Science Fiction Double Feature”, its reception used as a gauge whether or not the struggling actor should stay in showbiz or not. Clearly, it was more than lukewarm. When he heard what O’Brien was doing, director Jim Sharman introduced him to Emmy Award-winning composer Richard Harley and the rest, as they say, is history. Set designer Hugh Durrant was one of the 65 audience members in the first-ever performance of the show. Now, 40 years later he was asked to provide a new look. It grew out of a “squiggle on a small piece of paper saying that the set should be a reel of film unspooling”.

A message of liberation and courage

Costume designer Sue Blane has been involved from the beginning, committing unthinkingly to the job upon request from a friend, and disbelieving of the show really working. At the first dress rehearsal, she knew she was dealing with something “quite extraordinary”. Beneath the fun is a message of liberation and courage that fans cleave to. How does each new cast live up to expectations? I imagine they need equal doses of passion, enthusiasm and oodles of talent for starters. This version, presented by Pieter Toerien and Howard Panter is arguably the best we’ve seen in SA. Craig Urbani as Frank n Furter and Kate Normington as Narrator have been wowing audiences on international stages (including some time on the West End) for as long as I’ve been writing about theatre, racking up invaluable experience across stage and screen. It shows. Each of them owns the stage whenever they’re on it, no matter how briefly. Didintle Khunou is outstanding as Janet. In her comparatively short career, she has already won the Naledi Theatre award for Best Performance in a Musical for Celie in the Color Purple Musical (2019).  She’s more convincing than previous actresses I’ve seen in this role (every future Janet would do well to mould their orgasmic reaction to Rocky – “Creature o-o-o-f the night!” – on hers) and her incredible voice doesn’t hurt either.

In terms of believability, the same can be said for Kristian Lavercombe as Riff Raff. Again, experience is on his side. He’s notched up more than 1,700 performances in the Rocky Horror Show in addition to the leading roles he’s held in more than 30 professional productions that include Jesus in Jesus Christ Superstar and Puck in Mendelssohn’s Midsummer Night’s Dream. As a group they are mesmerising – kudos to the casting director – and the production seems to climax way too fast. See it twice if you can – it’s probably the only way you’ll catch all the nuances of this memorable “alternative pantomime”. 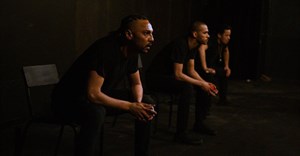 Karatara: Processing the tragic Knysna fires one step at a time21 Sep 2022 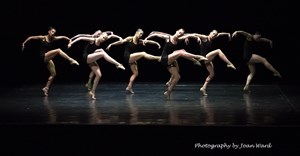 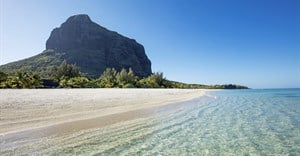 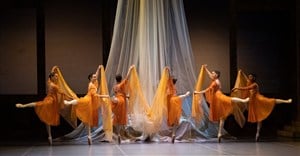 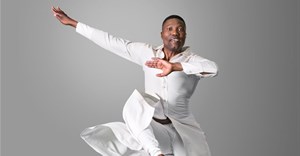 In Review: Baxter Theatre reopens with 'Baxter Back on Stage' with Gregory Maqoma and Zolani Mahola11 Nov 2020