5 Jun 2017 | Email | Print |  PDF
Westin Hotels & Resorts, in celebration of Global Running Day (7 June 2017), announced an addition to the brand's Gear Lending programme - offering guests access to New Balance shoes and workout apparel during their stay - which will see reflective wristbands and light-up sneaker clips included in the offering, allowing guests to pack light, stay fit, and now, rise earlier.
“Travellers today are over-scheduled and always-on. In response, we are seeing people realign their priorities to put their well-being first,” said Brian Povinelli, SVP and global brand leader, Westin Hotels & Resorts, part of Marriott International. “Whether at home or on the road, often the only time guests have for themselves is the morning. Fueled by our guests’ passion for running and the brand’s promise to empower travellers to move well, we hope this extension to our Gear Lending programme will inspire travellers to rise early and own their morning on Global Running Day and beyond.”

Global study sees a surge in travellers sweating before sunrise

With less time and more disruptors on the road, three in four people have trouble maintaining their wellness routine while travelling: sleeping less and exercising less with increased stress levels, even when on vacation. In response, guests around the globe are increasingly getting up before the sun to own their morning through well-being and regaining control of their routines on the road.

“As someone who travels throughout the world bringing to life the brand’s renowned running programme, I have never met a guest who wakes up early to run and regrets it,” said Chris Heuisler, National RunWestin Concierge. “There is magic in the early morning hours that fosters a sense of comradery, broadens your perspective and reframes your day. With a strong commitment to the running community, we are delighted to shine a new light on running for travellers and support an event that has quickly become a global phenomenon celebrated around the world.”

Today the brand boasts nearly 200 Run Concierges globally, who host group runs for guests and encourage runners of all levels to grab a runWestin map and explore their destination. Whether it is millennials, who view fitness activities to be more social than competitive, business travellers who are shifting their preference from country clubs to running clubs, or even honeymooners, who are increasingly running together as a way to decompress, disconnect and be a tourist at the same time, Westin continues to evolve its offerings to support the running community.

To celebrate Global Running Day, Westin hotels around the world will host empowering runs enlisting guests and associates to rise early and own their morning. Equipped with the brand’s new reflective gear, Run Concierges will lead runners through the scenic routes of cities, along beachfronts and amid rural landscapes to experience sunrise through Westin’s wellbeing lens.

In “the City that Never Sleeps,” guests and locals will hit the pavement before Manhattan wakes up with a run beginning at The Westin New York at Times Square, along the scenic Westside Highway and culminating with a fresh and refueling breakfast downtown. In Mexico, the newly built Westin Cozumel has partnered with New Balance Ambassador and Olympic Medalist Ismael Hernandez to lead an inspiring morning run along the coastal beach town, while in Germany, The Westin Hamburg has partnered with Mourad Bekakcha, the fastest runner in the region, to run and train with travelers along the waterfront of the famed port city.

In Cairo, The Westin Cairo Golf Resort and Spa, Katameya Dunes will leverage their partnership with CairoRunners and a team of local fitness gurus and running enthusiasts for an energising run that will end in a traditional Sohour. While in Cape Town, The Westin Cape Town will celebrate the joys of running with a promise to give back to the community through a partnership with a local charity foundation.

Many Westin hotels around the world will join the celebration in markets including Austin, Beijing, Boston, Costa Rica, Vancouver and Jakarta among others.

Brand campaign challenges travellers: “Will You Get Up, or Will You Rise?”

This initiative follows on the heels of the brand’s launch of its new multi-million-dollar campaign, Let’s Rise, which takes on the disruptions, distractions, and unpredictability of travel while empowering travellers to embrace well-being as a way to regain control of their routines and be their best while on the road.

Because morning is the first and best opportunity to take control of the day ahead, the campaign uses morning light as a consistent creative device to speak to the potential that the morning holds. Overall, the campaign calls consumers to answer a simple question, “Will you get up, or will you rise?” The Let’s Rise mantra will continue to serve as an anchor for the wellness programmes and partnerships that roll out for guests and associates throughout the year.
NextOptions
›
Email Print PDF
Read more: wellness travel, Westin Cape Town, international hotel brand, scenic routes 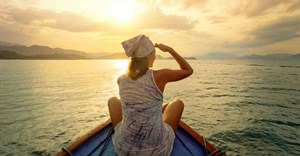 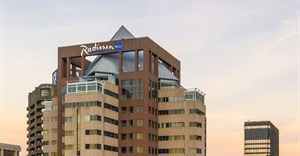 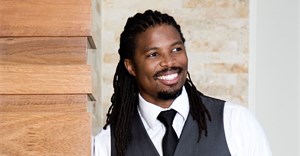 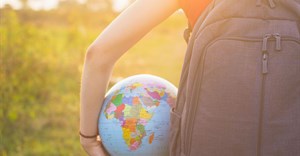 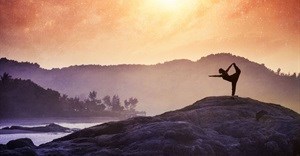 Capitalising on the health-conscious traveller4 Dec 2017