By: Naresh Maharaj
The Ford Ranger Thunder is big, bold and bodacious. It has a sporty exterior and it comfortably handles roads with potholes and gravel terrain. I am convinced that the Ford Ranger Thunder is up to any task on any type of road. I drove the vehicle from Midrand to the Cradle of Mankind areas in Gauteng on a test mission.
It asserts a very pronounced, aggressive stance and entices the driver to take on the long and winding road. I could not wait to get into the driver's seat. The roads I drove on were indeed long and winding with large potholes.

Ford has bolstered the standard specification on almost its entire Ranger line-up, most notably introducing LED headlamps with LED daytime running lights and front fog lamps as standard on the new Ranger Thunder, and on all XLT, Wildtrak and Ranger Raptor derivatives.

In addition, Ford's Connected Touch Radio (CTR) with an eight-inch touchscreen replaces the smaller four-inch display and entry-level Sync1 system previously fitted to XLS models. All easy to use.

The Thunder creates a storm with greater style, on and off-road capabilities and luxury to the brand which has evolved from the Ranger Wildtrak. Numerous distinctive design features are unique to the Ranger Thunder, starting with a revised honeycomb-style front grille incorporating red accents for the side vents, which gives this new derivative a distinctly sportier look.

This is accentuated by black detailing for the side mirror housings, and bold three-dimensional "Thunder" signage at the base of the front doors and on the rear tailgate. The new 18-inch multi-spoke alloy wheels are finished in black which adds to the Ranger Thunder's assertive and sporty character.

From black sporty rims to a black leather interior, the Ranger Wildtrak is already renowned for its luxuriously appointed premium cabin, but the Thunder raises the bar even further. The extensive swathes of black leather that adorn the seats, dashboard, steering wheel, gear lever and handbrake shrouds now feature striking red contrast stitching which is very noticeable. The front seats have the Thunder decals embroidered in red. Remember what the late Henry Ford said about the colour black?

Load it and lock it

Visual enhancements aside, the Ranger Thunder benefits from numerous practical additions in the load compartment too, including a lockable 'Mountain Top' black roller shutter to safely secure goods being carried. There's also a cargo area management system with a bed divider that allows the owner to easily compartmentalise the available space for securely holding different-sized items. This proved to be so ideal for me as I travel with a golf cart, golf bag and other luggage. Accessing these items proved to be a breeze.

Colour me bad and start me up

As with the Wildtrak and Ranger Raptor, the Thunder is powered by the 2l bi-turbo diesel engine which produces 157kW and 500Nm and is mated to a 10-speed automatic transmission.

This combination, which benefits from the transmission's Progressive Range Select (PRS) function by giving the driver the ability to lock out gears from the automatic shifting range, makes the Ranger Thunder ideal for towing or when driving in slippery conditions or climbing steep gradients.

The Ranger's exceptional towing capacity of up to 3,500kg remains unchanged in the Thunder, as is the 800mm water wading depth and 230mm ground clearance.

The Ford Ranger is already a trend-setter in the South African market and one of the top-selling vehicles in the country. Now, continuing its ongoing evolution and offering customers a wider range of features and options, an exclusive limited-edition Ranger Thunder hits the market, which includes several enhancements to one of the most popular vehicles in South Africa.

The long and winding drive from Gauteng to Durban in a fully loaded Ford Ranger Thunder was more than comfortable and an overall and impressive 7.7l per 100km was achieved.

Naresh Maharaj is a petrol head who loves cars and writing about them. He is also a Member of the SA Guild of Motoring Journalists. Naresh is also an international sports correspondent and an acclaimed corporate MC and voice-over artist. Naresh is a sports/news producer for community radio stations and also an award-winning sports journalist. Contact Naresh on moc.liamg@123jarahamn.
Email Print PDF
Read more: Ford, car review, Ford Ranger, Naresh Maharaj 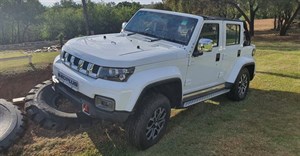 Baic South Africa launches the B40 Plus SUV11 hours ago 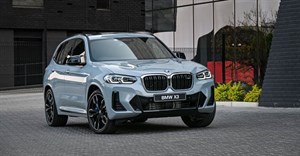 Launch review: The new BMW X3 is refreshed, refined, and ready for you2 days ago Driven: The Kia Sonet with all round affordable quality13 Oct 2021 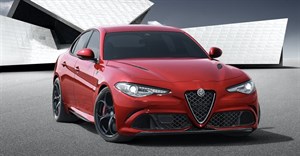 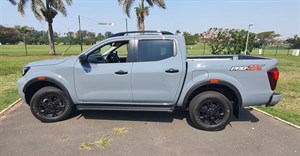 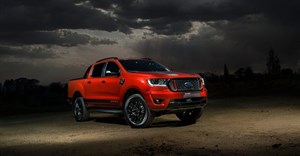 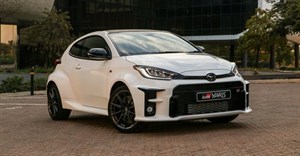 The new Hyundai Kona: Now available with a sporty N line trim13 Sep 2021
Republication of selected Bizcommunity content for non-commercial purposes is allowed if the original article is linked to with "Source: www.bizcommunity.com". Please click here for more information and to request permission.
Let's do Biz