Motorcycles set to become main mode of transport in Africa

27 Sep 2016 | Email | Print |  PDF
By: Njiraini Muchira
The explosion of motorcycles in Africa is projected to escalate to new levels as two-wheelers become the main means of transport for the majority of the continent's population. A new report by US-based consultancy firm TechSci Research shows that motorcycle manufacturers and assemblers are seeking to increase their presence on the continent, where the business is projected to more than double from $4 billion to $9 billion over the next five years.
The report shows that South Africa, Nigeria and Tanzania are the largest motorcycle markets, followed by Kenya, Algeria, Uganda, Egypt, Morocco, Angola and Ethiopia.

"The public transport systems in African countries are still inadequate and poorly developed, and consequently, two-wheelers are becoming a key mode of transport in urban and rural areas," says the report titled Africa Two-Wheeler Market 2011-2021.

In East Africa, the significant growth of the motorcycle sector has largely been driven by attractive fiscal incentives that have resulted in a drastic decline in the prices of the two-wheelers.

Kenya's decision to waive import tax and the completely knocked down (CKD) parts tax in 2007 saw a huge increase in motorcycles - popularly known as boda bodas (motorcycle taxis) - in the country. Recently, the government abolished excise duty on locally assembled motorcycles, a move that is intended to spur further growth of the sector.

In 2007, Kenya had fewer than 100,000 registered motorcycles - today the number stands at over 700,000. There are also now 21 assemblers, yet five years ago there were no assembling operations in the country.

Tanzania is the biggest motorcycle market in the region and has about one million registered boda bodas. Uganda has about 200,000. However, as the industry grows, there are concerns about boda bodas becoming a menace.

In Kenya, security and health stakeholders have questioned the government's decision to abolish excise duty on locally assembled motorcycles. According to Daniel Lemmer, chief operating officer at Securex Agencies Ltd, crime involving armed gangs on motorcycles is on the rise. In the past three months alone, boda boda crimes accounted for 13 per cent of all armed robbery and theft incidents recorded by the company.

Apart from insecurity, boda bodas are also choking health sector budgets, with statistics showing that motorcycles accounted for about 20 percent of fatal accidents in Kenya. In Tanzania, motorcycle riders account for 22 percent of road accident deaths and 25 percent of injuries.

Projected boom in the motorcycle sector good news for Africa

Despite the growing concerns, industry players say the projected boom in the motorcycle sector is good news for Africa not only providing affordable transport but also leading to job creation and economic development.

"Those saying that we need to slow down the growth of the industry are not looking at the bigger picture, particularly in job creation," said Isaac Kalua, chairman of the Motorcycle Assemblers Association of Kenya. He said the 21 motorcycle assembly plants release at least 100,000 motorcycles into the Kenyan market every year, creating 500,000 direct jobs and supporting a further four million Kenyans indirectly. Besides generating $3.8 million in income daily, the industry has contributed over $21.3 million to exchequer.

Currently, three top manufacturers control over 60 percent of the regional market. Indian company Bajaj Auto Ltd, which manufactures the Boxer brand, commands the biggest market share, followed by Car & General with its TVS brand and the Honda Motor Company with its Honda brand.

Assembling motorcycles in the region has been instrumental in driving the growth of the market because it has drastically reduced the cost, which currently stands at an average $850 for a standard motorcycle.

According to the TechSci Research report, lack of reliable public transport systems and increasing urbanisation means that the growth of the motorcycle industry is inevitable.

According to the World Bank, Africa's population is predicted to reach 2.8 billion by 2060, something that will exert more pressure on governments to develop and strengthen transport networks. It is for this reason that leading global two-wheeler manufacturers from China, Japan and India are seeking to increase their presence on the continent. 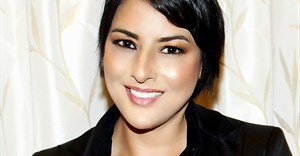 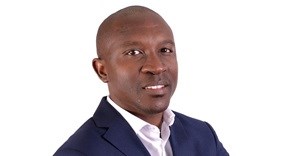 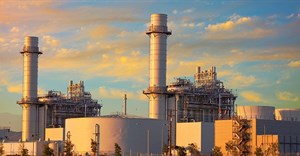 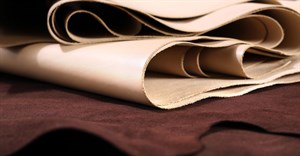 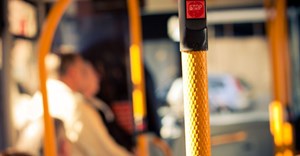