By: Henry Buell
RIXEYVILLE, US: The direct sales industry has changed very little over the last few decades, incorporating new technologies as they have developed, rather than evolving their business practices to capitalise further on existing markets.

One might argue that there has been no need for those in direct sales to evolve, as new technologies have continued to open access to previously inaccessible markets, resulting in constant growth for the industry as a whole. These gains have continued year after year, despite recessions, and other global issues that are generally disruptive to more traditional business models.

In 2012, direct sales generated $166bn in global revenue, which marked a 5.4% growth over the year prior. The South African market accounted for almost R6.5bn, with America generating another $30bn. Other market leaders were Brazil, China, Japan, and Mexico. This is an industry that reaches nearly every corner of the planet, and encompasses all business verticals, but it's entirely run on traditional sales and marketing principles.

How mynt does it

However, there's an American company with plans to enter the South African market that's shaking up the traditional direct sales approach. That company is known as mynt, and they've turned more than a few heads with the success of their pre-launch. That event that drew more than 25,000 digital viewers, and generated over $1m in sales during their first five days.

Impressive as that is, the real trick is in how they did it, and how that's going to turn traditional direct sales on its head. It's powerful enough that companies positioned to capitalise on the methods used by mynt could stand to see double digit increases in their own market reach. For their part, mynt is making no secret of their methods, and Brian Gill, Marketing Director of mynt, was happy to discuss their recipe for success.

When asked about their approach to marketing, why it was different, and why they chose to launch in America. Gill said, "We're a Salt Lake City-based company, so America was our logical target launch market. We interviewed a lot of marketing companies to make sure we were getting things right. One of the primary things we looked for was not just how other companies were marketing their products, but who they were marketing them to."

He went on in further detail, but to summarise, mynt decided that a successful launch in their home area would attract additional investors, enabling larger and more robust launches into global markets. More importantly, they elected to focus on whom they were marketing to, rather than following the traditional direct sales approach of targeting everyone and then developing the resulting leads.

Asked for more details on why mynt chose this new approach, Gill said that understanding their audience, and making sure that the message of mynt resonated with them, was more important than the overall reach of that message. He's correct, but as anyone in the business can tell you, that's not really how one does direct sales. Historically, marketing efforts for direct sales have always emphasised reach, and while some of those targeted may have been more qualified leads than others, reach was what it was always all about.

In fact, the more people one showed a product to, the more likely they were to sell that product to someone. It's always been that simple, but then that's why technology has been artificially supporting the direct sales industry. You see, since it's always been based on reach, every time a new advance in technology allowed access to new markets, sales increased. That increase, however, has not been without cost to the trust of developed markets. The more that direct sales focuses on new business, the greater the degree of cynicism for their marketing tactics from the more connected and aware consumers. Those consumers are known as Generation C.

Gill went on to explain that he believes, "The marketing industry is changing faster today than at any other time in history, but no one really seems to be targeting the newest generation - and that's the generation most aware of advertising and the associated tricks generally used by marketers. That was what really stood out to us when we were interviewing marketing companies. There was just this complete absence of Generation C in everyone's marketing plans. There were all about reach, and filled with assumptions about what resonates and works with traditional audiences, but it was completely off the mark when it came to reaching Gen C. Really, they're the global generation, and that's who we wanted to reach."

Therein lies the secret to mynt's recipe for success. They're directly approaching the most connected generation in history - a generation that many times completely skips the television and the radio for their own channels and their own programming. They don't buy into decades-old marketing shtick, and as a rule, they tend to embrace causes and organisations they believe in, while turning away from those they don't.

For those of you wondering how you target this segment of the market, you don't, at least, not unless you're willing to be honest about it. mynt is all about honesty, and that's what enabled them to execute this brilliant piece of marketing. It wasn't about just reaching an audience, but rather, about connecting the right message to the right audience. More importantly, it was about being honest and transparent in an industry inundated with clones and opaque marketing.

Obviously, this approach won't work for every industry or every sales person, but at a certain point, what you're selling is a reflection of who you are. Generation C views you as a brand ambassador, not just a salesperson. mynt was successful because the root philosophy of their company is that, "mynt is for people who really want to make a difference in the world."

So, at the end of the day, are you making a difference, or just making a sale? Generation C cares very much about this, and so should you if you're interested in being part of the new direct sales industry.

I am an author, a copywriter, and a journalist. That means I author books, produce compelling copy for ad agencies and websites, or write research based journalistic articles. For me, they're all one form or another of storytelling, and that's really what I do. 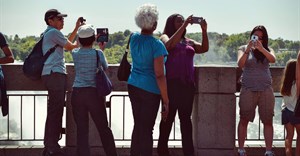 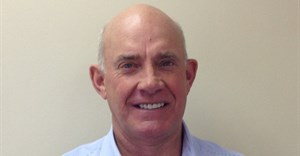 Digitisation and the rise of Generation C14 Feb 2017