Unlocking the potential of the oceans economy

21 Apr 2022 | Email | Print |  PDF
As part of efforts to unlock the potential of the oceans economy and drive transformation in an aggressive way, government has prioritised the acceleration of interventions in the maritime sector. "Enhancing our ship registration framework remains at the centre of our efforts not only to grow our shipping industry, but to transform the sector such that it makes a meaningful contribution to broadening economic participation," Minister of Transport, Fikile Mbalula, said on Wednesday.

"Coastal shipping occupies centre stage as an intervention not only to aggressively enhance the oceans economy, but also to create jobs. This will be realised by creating a captive market for South Africans where regulation will determine what categories of goods should only be moved by sea.

"Similarly, South African vessels would be given preference to move cargo from one domestic port to the next, a move that could trigger growth of merchants and create new industries," the Minister said.

South Africa’s policy recognises the economy as intrinsically linked with other regional economies and prioritises regional coastal shipping as an important enabler in unlocking the potential of the oceans to the region.

The Minister expressed government’s determination to drive the implementation of the national maritime policy with urgency and renewed commitment.

"We are poised to put a spring in our step and move with urgency in putting in place building blocks towards the introduction of coastal shipping that extends to the Southern African Development Community (SADC) region.

"Regional integration is a critical instrument in positioning maritime as a catalyst for economic renewal and growth. Our oceans offer the region and the continent massive opportunities for economic stimulation. We are well on track towards the realisation of this goal," the Minister said.

He emphasised the importance of developing capacity through skilling interventions, with a specific focus on maritime as an immediate priority that must be supported by both the public and private sectors.

"A number of institutions of higher learning offer courses on maritime studies and young people must be exposed to maritime at school level in order to take full advantage of career opportunities in the sector. We similarly encourage both government and private companies to send their students to the World Maritime University and the International Maritime Law Institute - these being International Maritime Organisation (IMO) institutions.

"These institutions not only assist governments to train their officials to be able to provide the necessary support on the implementation of the IMO instruments, but also provide powerful platforms for collaboration and giving impetus to a global vision," Mbalula said.

The Minister said government must focus on delivering tangible outcomes that the citizens can see, feel and experience.

"We will drive with absolute determination interventions that enhance competitiveness of our ports, while promoting seaborne trade, ship building and cruise liner industries. These are initiatives that will give traction to our economic reconstruction and recovery interventions," he said. 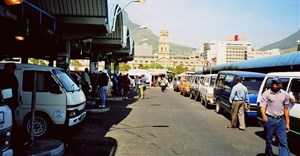