18 Dec 2018 | Email | Print |  PDF
By: Karabo Takadi, Wessel Lemmer and Pieter de Jager
China is the world's largest producer, consumer and importer of sheep meat, according to the ABSA Agribusiness 2018 spring outlook. The export market is very concentrated, and currently dominated by Australia and New Zealand, which are also the second- and third-largest sheep producers in the world. Production in these two countries declined marginally in 2017. During the 2017/18 season, increased sheep turn-off as a result of poor weather, resulted in an increase in sheep meat production in Australia, with the drier conditions leading to a higher slaughter rate.

High prices for sheep meat are expected to continue, which may provide producers with the incentive to balance lamb turn-off with flock rebuilding. New Zealand’s flock numbers are expected to drop further, despite the rate of decline having levelled.

Favourable breeding and lambing conditions during 2017 are expected to marginally increase supply on the global market in 2018. However, supply will remain low, which will support prices.

China was the world’s largest importer of sheep meat in 2017. Consumption here is expected to remain strong over the coming years, which will be largely driven by the growing middle class. China’s demand for imports can be volatile, and is often heavily affected by domestic production, with reports suggesting that production in 2017 had declined.

The modern retail sector and up-market hotel and restaurant sectors may also contribute to the increase in demand for sheep meat. Global consumption is also expected to increase, particularly in developing countries. Sheep meat will remain a niche market in most countries, despite a per capita consumption growth of 8% over the next ten years.

New Zealand and Australia produce 72% of the world’s total exports. From 2007 to 2017, New Zealand’s exports fell 15% when sheep farms in the country were converted into dairies. The rate of conversion has since slowed. New Zealand’s sheep meat production is expected to stabilise in 2018/19, and will continue to compete strongly with Australia.

Future sheep production is optimistic with record-high prices for wool, lamb and mutton. Limited supply on the global market is expected to continue to support prices in 2018. Meanwhile, global demand is expected to improve. In 2017, Australian prices for sheep meat were the first to increase, with New Zealand’s prices quickly following suit. Australia’s prices have been strong throughout 2017, and are expected to remain strong in 2018.

However, a drop in the prices of other protein sources may remain a threat to lamb and mutton.

Demand for New Zealand’s sheep meat is expected to remain strong as a result of lower production in that country. The increase in global demand and limited flock rebuilding rates are expected to support producer prices.

During 2015/16, South Africa experienced drought, which led to the liquidation of the national flock. Good rainfall during 2016/17 boosted pasture recovery, allowing for the rebuilding of flocks.

As a considerable number of sheep were slaughtered during the drought, the local market is currently experiencing supply constraints, with 9% fewer head of sheep slaughtered during 2017 compared to 2016. So far in 2018, fewer sheep have also been sent to abattoirs.

Moreover, sheep numbers are declining due to the persistent drought in large parts of the Karoo, as well as predation and livestock theft. Producers in Ermelo, Mpumalanga, are reportedly moving away from sheep production due to higher levels of livestock theft. As a result of the drought, the conception rate of ewes has declined from about 95% to around 70%. Production has subsequently been on the decline since 2016.

South African sheep farming is concentrated in the Northern and Eastern Cape, Western Cape, Free State and Mpumalanga. Although good rains occurred in many regions of the country during 2017/18, there were parts of the northern and southern Karoo that received little to no rain.

There is a huge demand for good quality breeding ewes. The availability of ewes of any breed is currently very limited and, if available, also very expensive. Unproductive ewes have already been sold, leading to fewer stocks on the market. Producers will likely retain ewe lambs to build their flocks, which may lead to a further decline in the slaughter rate.

Farmers will likely remain under financial pressure for the next ten to twelve months, even if good rain is recorded. This is because they will have to rebuild their flocks, which means that the first offspring will only be available in a year’s time.

The lower maize price in 2017 led to a decline in feed costs. This, coupled with high meat prices, has resulted in greater profitability for producers.

Lamb and mutton remain the most expensive meat on the market. As such, consumer resistance to higher prices may increase price risk. From 2016 to 2017, consumption declined by roughly 3%. This is a result of escalating sheep and lamb meat prices, flock rebuilding and dwindling supply. South Africa is a net importer of mutton, as it imports more than it exports. The country cannot meet local demand and will, therefore, continue to rely on imports.

The average Class A carcass price for lamb increased by 23% from 2016 to 2017. This was mainly due to the drought and its impacts. Lamb and mutton prices reached a record high in 2017, and remain at high levels. Long-term trends show that lamb and mutton prices have been steadily increasing over the past decade.

The average price of feeder lambs increased by 25% from 2016 to 2017. The depleted national flock, which has led to greater retail prices, and lower feed costs have contributed to gains in the feeder lamb industry. Feeding margins were also positive for most of 2017 on the back of lower feed costs, which was a result of lower grain prices.

Producers are currently realising good returns in terms of high meat prices, as well as an increase in the wool price. Merino farmers earn about two-thirds of their income from meat and the high wool price has thus improved their profitability.

Indications are that profit margins for sheep feedlotters is under growing pressure due to consumer resistance to high retail prices, while the higher price of weaner feeder lambs impacts negatively on the long-term profitability of feedlots.

However, the industry is expected to continue to benefit from high meat and wool prices. Limited supply is also expected to support red meat prices. It is recommended that producers reduce their debt levels over the next two to three years while prices are still high and favourable, in order to remain in business over the long term.

Biosecurity management must be maintained in order to secure the export market for wool. Producers should also consider breeding with larger-framed animals as they are generally hardier.

Click here to read an article about the intensive sheep production revolution in China. 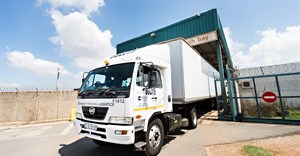 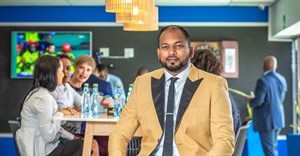 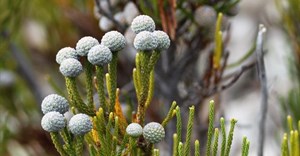 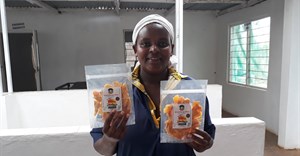 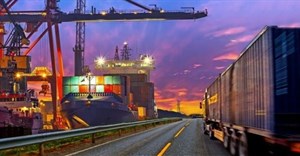