22 Jun 2018 | Email | Print |  PDF
The global lemon market totalled $13.9bn in 2016, which was 19% more in 2015. This according to the World: Lemons and Limes - Market Report. Analysis and Forecast to 2025, released by IndexBox.
This figure reflects total revenue of producers and importers (excluding logistics costs, retail marketing costs, and retailers’ margins, which will be included in the final consumer price).

In physical terms, the global lemons and limes market consumption grew by +1.0% per year, amounting to 17.5 million tonnes in 2016. After a sharp decline in 2010, the market levelled off and fluctuated through to 2014, thereafter accelerating noticeably over the last two years. In money terms, market growth in recent years has been more pronounced due to rising prices, which are subject to noticeable fluctuations as the result of crop reduction in the major producing countries.

Lemons and limes are one of the most popular citrus in the world. The world lemon market is quite stable. Deteriorating weather conditions pose the greatest threat to the market. The decline in yields can cause a rise in prices, as it had already happened in 2014.

It is expected that the current upward trend in lemon and lime cultivation should retain in the medium term, conditioned by strong demand from rising global population worldwide, the growth in demand for fresh food (including fresh ingredients, fresh fruits for jams, bakery and confectionery), coupled with investments into lemon cultivation in China and other countries. Taken all these factors into consideration, market performance is forecast to grow with an anticipated CAGR of +0.8%, which should bring the market volume to 18.8 million tonnes by 2025.

Production of lemons and limes reached 17,387k tonnes in 2016, accelerating noticeably over the last two years. Prior to that, a sharp reduction was recorded in 2010 due to the reduction in acreage in China as the result of severe floods on the island of Hainan and abnormal frosts in the Sichuan province. After that, from 2011 to 2014, the world production volume remained relatively stable, and only in 2015 exceeded the level of 2008.

Lemons and limes are a widely traded commodity, with the share of export in total global output standing at about 17% in 2007-2016. High trade intensity is determined mainly by the substantial distances between the main countries of lemons production and key consuming countries.

Lemons will continue to be highly traded, fuelled by increasing consumption, intense global and regional integration. However, the trade expansion could be restrained by softening growth of lemons and limes production due to climate changes and the risks of tightening trade barriers, especially in the U.S., which is the largest importer in the world. The revision of the NAFTA agreement announced by the U.S. administration could damage the exports of lemons from Mexico, with the U.S. being the main market for Mexican lemons. Also, the recently introduced standards for the colour of imported lemons cause significant difficulties for Argentinian suppliers, which cannot always get the required colour due to weather conditions.

In 2016, the volume of global exports totalled 3,013k tonnes, expanding gradually from 2007-2016, with a with a slight acceleration over the last two years.

It had been rising robustly over the last four years, given the increase in physical terms and export prices. The year of 2015 was the only exception because the prices declined that year due to largely improved supplies after a problematic season of 2014 in some of the major exporting countries; in 2016, the value of exports bounced back again.

Mexico (668k tonnes), Spain (546k tonnes), Turkey (449k tonnes), Argentina (279k tonnes) and South Africa (237k tonnes) were the main global suppliers of lemons and limes in 2016, with a combined share of 72% of global exports. From 2007 to 2016, Turkey, Mexico and South Africa constituted the fastest growing suppliers among the major exporters. Despite being the largest global producers of lemons and limes, China and India did not export much of their production, meaning that it was consumed domestically.

The volume of global imports totalled 3,101k tonnes in 2016, which equated to $3,730m in value terms. Imports trend pattern generally mirrored that of exports – these trade flows globally complement each other.

In 2016, the U.S, the Netherlands, Russia, Germany, France, the UK, and the UAE remained the leading destinations of lemons and limes imports, together comprising 53% of global imports.

Amongst the major importing countries, the UAE, the U.S and the Netherlands gained the highest annual growth rates from 2007 to 2016. The Netherlands, however, re-exported approx. 84% of previously imported lemons, meaning that this country constitutes a transit hub for further distribution of lemons to other EU countries. 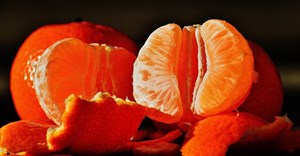 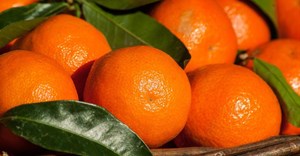 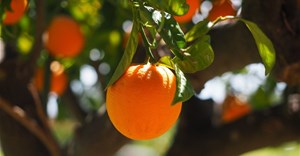