23 Mar 2018 | Email | Print |  PDF
By: Nate Dorsey
Robots - are they just a thing of the future? Many in the agriculture sector agree that the industry is heading in the direction of having more technology on the farm, which could even include robots. In fact, there are already several companies that have made significant strides in creating robotic systems for use in agriculture that are either in field-testing stages or already entering the market.
At the recent Yuma Ag Summit held in February 2018 in Yuma, AZ, several systems were on display or discussed at the event. There is a lot of interest in this type of technology in regions such as Arizona and California, where a lot of produce and specialty crops are grown. These crops often require intensive hand-labour, but labour shortages in the industry have created a problem for farmers. This problem could potentially be solved by robots that could make up for those shortages.

Mark Siemens, a precision and mechanised agriculture specialist with the University of Arizona, highlighted some of these robots at the summit. The systems ranged from robots that are capable of imaging fields to those that can control weeds through mechanical or chemical methods. From his list, I’ve compiled my top five robotic systems to watch.

Vision Robotics, based in San Diego, CA, has been developing robotic systems specific to agriculture for several years and is a company that currently has products on the market. Their products include a vineyard pruner that images vines and uses a robotic arm to thin plants, as well as an automated lettuce thinner.

Lettuce is often planted with a much higher population than needed because of the crop’s high value. This ensures that the fields will meet a target population, even if there is an issue with germination or disease. After the plants germinate, field labourers will then cut out extra plants to achieve the correct spacing.

The automated lettuce thinner uses vision technology to detect plants and uses a liquid delivery system to spray and remove unwanted lettuce and achieve the desired plant population in the field. This drastically reduces the labour necessary to thin lettuce fields, and one or two people can accomplish in a few hours what used to take a crew of 15 or more people a whole day.

Another benefit to automated systems such as this is that they can be run at night. Traditional hand labourers can only work during daylight hours for obvious reasons, but the imaging technology on the Agmechtronix system allows their thinner to run at any time. This could benefit larger operations that have many fields that would require thinning at the same point in the season.

The RIPPA robot was developed by researchers at the University of Sydney in Australia. In addition to looking the part of a futuristic ag robot, it can perform several different types of field operations. The system uses advanced imaging technology to detect crops, fruit, or weeds, and can then mechanically remove unwanted plants or spray products on crops, such as apples in an orchard, to control pests and disease.

The Ecorobotix system is truly unique. It is a lightweight, fully autonomous drone powered by the sun. It will operate all day using solar power and target-spray weeds by using a camera vision system and rapidly moving arms that provide a small dose of herbicide. It’s easy to imagine a future where a fleet of similar robots could live at the edge of each field and maintain the health of the crops without requiring human input.

Naio Technologies have several robots that have been fully commercialised and are on the market. They range in size from the small Oz robot, which would be well suited to working with smaller fields or greenhouse environments, to the larger Dino that is designed for larger-acre vegetable production systems. The robots are all fully autonomous and remove weeds from between the rows using mechanical methods, such as tillage.

Looking back, it’s amazing to see how the agriculture industry has evolved. For example, in March 2018, John Deere Co. celebrated manufacturing tractors for exactly 100 years. This is a big milestone for the company but also shows how the industry has grown in a relatively short period of time. Precision agriculture technology as we know it, such as GPS and autosteer, are relatively new advancements, having been largely adopted around 15 years ago.

I think most people in the industry would agree that robots have a place in the future of agriculture, and we may be surprised by how quickly these systems will become commonplace in the industry. There are many opportunities for technology companies to develop products that will solve problems and bring value - from planting fields, maintaining crop health, to even harvesting. While there are some systems already on the market, this is likely the tip of the iceberg of what we’ll see in coming years. 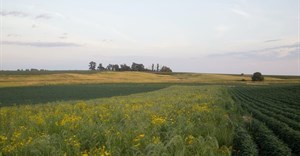 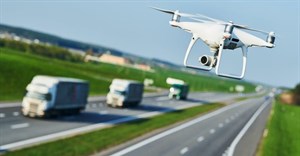 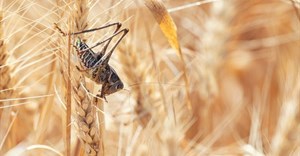 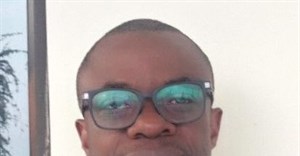