Spotify embraces the land of the free... sort of

18 Jul 2011 | Email | Print |  PDF
By: Giles Cottle
LONDON, UK: Spotify has finally got its prize. News of a US launch brings to a close a two-year affair, blighted with delays, speculation and a healthy dollop of the now infamous "ongoing negotiations with labels".

Will it have been worth it? The US is absolutely crucial to Spotify's long-term plans. There's no escaping from the fact that the amount of money artists receive per stream from music-streaming sites is incredibly low. This is a particular concern in the US, where labels generate much of their global revenue. But the only way Spotify can grow into a viable financial model, and move towards placating labels and rights-holders, is by amassing a huge number of users. Music streaming will always be a low-margin, high-volume business, and the US helps Spotify towards achieving the latter. With one set of negotiations - no matter how protracted - the service now has access to a population the equivalent size of the EU.

The US is a very different beast from Europe, of course, and, in a sense, Spotify's success in Europe counts for little in its latest territory. Outside tech circles, the site has limited brand awareness. And in Europe no other music on-demand service, with the notable exception of Deezer in France, has built up an audience close to Spotify. In the US, Rhapsody and Napster have been plugging away at the paid-subscription game for years, while Mog and Rdio are other notable new entrants. And this is without even mentioning Pandora, which just announced its 100 millionth user and for many US consumers, along with iTunes, is digital music.

Yet no music on-demand service has broken through a million paying users yet. In fact, Informa estimates that there were only 2.5 million paying music subscribers in the US in 2010, including paying users of Pandora (customised radio) and eMusic (MP3 bundles), both very different offerings to Spotify. So despite the competition, there is a definite gap in the market for Spotify, and an opportunity for it to grow said market. If all it manages to do is poach a few users from its competitors, the launch must be deemed a failure.

When not to change a winning formula

It's also worth remembering that, more so than in Europe, the US is a market where consumers are willing to pay to subscribe to content. A top-end triple-play package can easily cost US$150/month in the US, compared with under US$100 in Europe. 23 million users subscribe to Netflix, while over half of all users of Microsoft's Xbox Live subscription service come from the US. And, to top it all, at US$10/month - the benchmark stand-alone cost for music streaming including mobile access in the US -Spotify is much cheaper than in Europe. That cost will drop even further if it is able to strike the kinds of subsidised deals in the US that it has with Telia in Sweden.

With this all being so, why have others not succeeded already with music subscriptions in the US, and what can Spotify do differently? In a sense, it must simply repeat the formula that has served it so well in Europe: A clean, intuitive user interface, deep links with properties like Facebook and Last.fm (a Pandora deal is not out of the question) and high penetration across mobile handsets and other devices.

Yet what will really determine whether Spotify will thrive or merely survive is the free element, which is currently available via invite only and is capped at 20 hours listening per month before dropping further. None of the music on-demand services in the US have a free element beyond limited trials. And Pandora's rabid success is built on the back of most elements of the service being free. While none of this may appease (understandably) cautious label execs, the fact remains that Spotify would not have got one million plus paying subscribers in Europe without being able to introduce users via the free service. It may not get that many, even across the vast swathes of the US, if it is forced to cap its free offer too quickly.

Informa Telecoms & Media aims to deliver strategic insight founded on global market data and primary research. The company works in partnership with its clients, informing their decision-making with practical services supported by analysts. 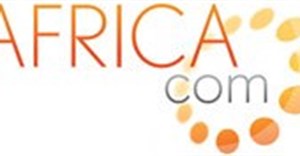