#SingularityUSouthAfrica2019: A glimpse into the future mobility

23 Oct 2019 | Email | Print |   PDF
These are the highlights of Bas Verkaik's presentation at the SingularityU South Africa 2019 Summit.

Inspired by author Jules Verne, 20 students from Eindhoven University of Technology (TU/e) had an idea to travel around the world but in a more sustainable way. But like any idea, it started with gaining knowledge and asking for support and project STORM. They built the first touring electric motorbike. It looked quite odd, revolutionary perhaps, which attracted a lot of attention from both congress and television shows. This only garnered more interest in the project. But there was one small problem – the bike didn’t actually work. It had to be transported in the back of a van. But it wasn’t a complete failure – they got more than 100 different companies on board to share their vision, which led to an electric motorbike capable of riding, the STORM Wave.

What makes it revolutionary?

The 30kWh battery pack with a 400km range that is both swappable and modular. It was a bike built around its battery back – a challenging and complex task. During its world tour, the main challenge they faced came with night-time charging. The number of batteries needed to charge was underestimated. After 80, with the help of many enthusiastic people, they returned home.

What can be achieved when you allow a group of young people to chase their dreams and the innovation that follows? They’ve now started a sustainable electric battery company with the knowledge they gained called SPIKE and are selling this technology globally. “We want to develop an entire electric powertrain which is not only suited for motorcycles, but also for scooters, tuk-tuks, small cars and other small means of transport,” say Bas Verkaik, who holds an M.Sc degree in Sustainable Energy Technology at the Eindhoven University of Technology and was part of the STORM Eindhoven team.

Their first big assignment? To develop an electric drive for motorcycles in Kenya.

Here’s what they learned: 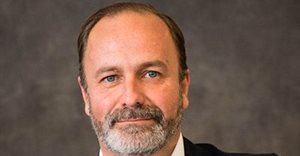 #SingularityUSouthAfrica2019: Rewriting the rules of travel and mobility23 Oct 2019 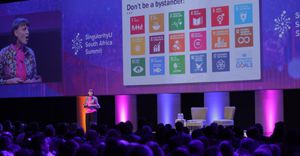 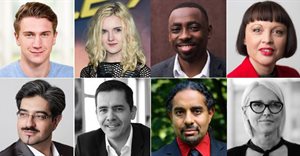