20 Apr 2018 | Email | Print |  PDF
The Ford Mustang is the world's best-selling sports coupe for a third consecutive year, according to a Ford analysis of IHS Markit light vehicle registration data. This data - compiled from government and other sources capturing 95% of global new vehicle volumes in more than 80 countries – puts the Mustang ahead of its sports coupe competitors in terms of sales.

"Demand for Mustang continues to be very strong, especially overseas, where until recently people couldn't get their hands on one," says Ford sales analyst, Erich Merkle. "Even more encouraging is that the updated 2018 Mustang is just now getting rolled out to export markets."

Mustang is also increasingly finding favour with women in the United States. In an environment of relatively flat sports car sales to women, Ford research shows a 10% gain in women buying Mustang in the last five years.

Since global exports began in 2015, through December 2017, Ford has sold 418,000 Mustangs around the world. In South Africa, 1929 Mustangs have been sold since local introduction in early 2016. The most popular configuration worldwide is the Mustang GT with the 5.0-litre V8.
NextOptions
›
Email Print PDF
Read more: Ford Mustang, IHS Markit 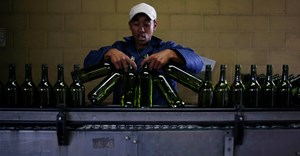 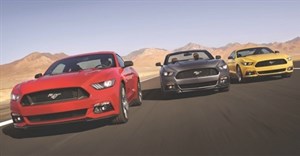