29 Oct 2021 | Email | Print |   PDF
Molnupiravir, an investigational oral Covid-19 antiviral medicine, that could be the first oral antiviral medicine available for Covid-19 therapy, has been submitted to the US Food and Drug Administration. MSD and Ridgeback Biotherapeutics submitted an Emergency Use Authorisation application for molnupiravir to the US Food and Drug Administration and are actively working with additional regulatory agencies worldwide.

The submission is based on positive results from a planned interim analysis of the Phase 3 MOVe-OUT study, a global Phase 3, randomised, placebo-controlled, double-blind, multi-site study of non-hospitalised adult patients with laboratory-confirmed mild-to-moderate Covid-19 and at least one risk factor for progression to severe disease or death.

Additionally, MSD announced the European Medicines Agency has initiated a rolling review for molnupiravir for the treatment of Covid-19 in adults.

“The interim results for molnupiravir are compelling and we see this oral treatment candidate as a potentially important tool to help address the current health crisis,” says Charles Gore, MPP executive director.

To facilitate affordable global access to molnupiravir the Medicines Patent Pool (MPP) and MSD, the tradename of Merck & Co., Inc Kenilworth NJ US has announced the signing of a voluntary licencing agreement.

This agreement will help create broad access for molnupiravir use in 105 low- and middle-income countries (LMIC) following appropriate regulatory approvals.

Under the terms of the agreement, MPP, through the license granted by MSD, will be permitted to further license non-exclusive sublicences to manufacturers (MPP Licence) and diversify the manufacturing base for the supply of quality-assured or WHO-prequalified molnupiravir to countries covered by the MPP Licence, subject to local regulatory authorisation.

MSD, Ridgeback Biotherapeutics and Emory University will not receive royalties for sales of molnupiravir under this agreement for as long as Covid-19 remains classified as a Public Health Emergency of International Concern by the World Health Organisation (WHO).

This transparent, public health-driven agreement is MPP’s first voluntary licence for a Covid-19 medical technology, and we hope that MSD’s agreement with MPP will be a strong encouragement to others,” he adds.

Molnupiravir was invented at Emory University and licensed to Ridgeback Biotherapeutics by Drug Innovation Ventures at Emory (DRIVE), LLC, which was formed by Emory to advance the development of early-stage drug candidates for viral diseases of global concern. 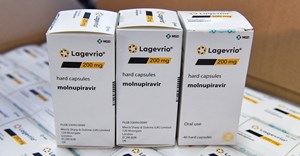