18 Aug 2021 | Email | Print |   PDF
By: Michael Taylor
Three in four people living in the world's 20 major economies believe nature and the Earth's climate are approaching potentially abrupt or irreversible changes due to human action, according to a survey released on Tuesday. The online poll of almost 20,000 people aged 16 to 75, living in G20 nations, was conducted in April and May by Ipsos Mori and commissioned by the Global Commons Alliance, a network of more than 70 international groups working on sustainability.

People mindful of consequences of human activity on climate, nature

The survey asked nearly 50 questions on attitudes to climate and nature, the global economy and whether people want to, or are becoming, better stewards of the planet. It found that 73% think the world is approaching "tipping points", meaning rapid and large-scale changes with major consequences, in the climate or natural systems, due to activities like burning fossil fuels and cutting down forests.

"People are more aware in emerging economies like Indonesia and Brazil," said Owen Gaffney, a director at the Global Commons Alliance and lead author of a report based on the survey.

"In countries where you are very close to very big ecosystems undergoing huge change because of humanity, you're more aware of the risks and in touch with the scale of change happening," he told the Thomson Reuters Foundation.

A UN climate science panel last week warned that the average global temperature will likely cross the 1.5-degree Celsius warming threshold within the next 20 years, bringing stronger droughts, heatwaves, floods and storms. The panel said in a key report that global warming could trigger feedback loops that release even more climate-heating carbon emissions such as the melting of Arctic permafrost or the dieback of global forests.

In the Global Commons Alliance survey, 58% of people living in G20 nations, which includes wealthy G7 countries and big emerging economies, said they are very or extremely concerned about the state of the planet's climate and biodiversity.

Four in five people are willing to do more to protect and rejuvenate the climate and nature, with a greater willingness among developing economies, the survey said. Three out of four people also agreed their country's economy should move beyond a narrow focus on profit and growth to encompass human wellbeing and ecological regeneration, it found.

More than 70% of people agreed the Covid-19 crisis recovery is a unique moment to build societies more resilient to future shocks, while 75% agreed the pandemic has shown it is possible for behaviour to transform very rapidly.

"This should be a wake-up call to leaders everywhere," said Elizabeth Wathuti, a Kenyan environmentalist and climate activist. 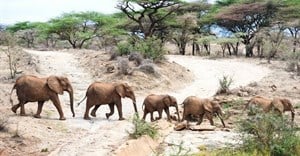