Could Google become the dominant force in hospitality?

21 Aug 2017 | Email | Print |  PDF
By: Stuart Pallister
Google, whose mantra used to be ‘Don't be evil' (until it dropped it for the motto ‘Do the right thing'), is almost omnipresent in our lives these days. We use it for all sorts of online searches, whether it's trying to access arcane information or find our way from A to B.
The European Commission, though, recently took the giant to task - slapping a €2.4bn anti-trust fine on the internet giant at the end of June, following a seven-year competition investigation. It concluded that Google had “denied other companies the chance to compete” by placing its own comparison shopping service prominently and demoting those of its competitors.

While Google, which has ‘respectfully’ disagreed with the findings and has 90 days to change its ways, considers its next move, lawyers have been mulling over the case and its implications for Google’s other specialised search services such as maps and travel.

What then of the hospitality sector?

What’s the impact of Google – good and bad – on the industry? Sit in a hospitality-related conference these days and the subject of Google is bound to raise its head. One general line of questioning has been: will Google come to dominate the industry, leaving online travel agencies and others in its wake?

Martin Soler, marketing advisor and partner with Dryven.co, believes there will be a “massive shift in channels, where the channels will no longer be the OTAs or various structures as we know them.” He points out that Google has – up to now – not been interested in transactions as such as “they’ve always been about being the channel and getting the clicks or driving traffic.”

“They’re an ad agency and they like to be the channel, leaving the transaction to someone else, especially if they have one massive channel. It would be a bidding war between Expedia, Booking, direct channels and everyone’s just going to bid higher and they’re going to make more money.”

However, he says, they “could flip the switch and do it” so he would “definitely keep an eye on it.”

So could Google become a dominant force in hospitality?

“They’re one of the best poised currently to do so because they have integration with flight data, hotel data, integration with Uber and many others, so they could essentially have the entire trip."

Also imagine a world in which we no longer search for information via browsers and apps as we do now but instead ask a virtual personal assistant – whether it be Amazon’s Alexa, Apple’s Siri, or Google Assistant – to book holidays or business trips for us. That may not be that far off now. But when we ask for help with booking flights, hotels and so on, will we get more than just a few suggestions?

“How do you know that you can talk to your fridge, your Echo or your Google Assistant to book a hotel? You don’t. So a lot of work needs to be done to get there. But it will reduce a lot of the issues with travel booking and if done right, we could totally shift from mega-destinations which are still probably getting 80 percent of the traffic and distribute all that travel to different destinations.” (Emphasis added).

On the issue of chatbots, Soler told the recent Young Hoteliers Summit at EHL that the “current booking funnel from inspiration to booking” takes about 29 days and involves checking some 50 or so websites. “It’s a really painful process.” But if that could be reduced to a few interactions with a bot, “we could grow the pie of travel because suddenly the spontaneous and impulse buy of travel becomes a reality.”

“So I believe once the technology is there and we can do that with three interactions, or four maximum, it suddenly changes the game completely … It’s definitely coming and that’s going to be a paradigm shift.”

“You know OTAs are going to have to rethink (this) because there will only Alexa, Siri, Google Assistant or Microsoft Cortana will be the channel. The channel will no longer be Expedia or Booking or direct. It will be the device that you’re using and it’s going to be the war against who has that channel, who has purchased the rights for the channel and has the AI (artificial intelligence) connected to it. So it’s going to change the game quite a bit – not tomorrow but maybe the day after.”

Ait Voncke, Expedia’s vice president of market management for Europe, the Middle East and Africa (EMEA), says they regard Google as one of their marketing channels. “We’re optimised in that channel of course, at scale globally, so in that sense, we’re a big partner and Google’s a big partner of (ours)."

As to whether Google presents a threat to OTAs like Expedia, Voncke says: “We are getting transactions in the booking space right. We have 5,000 engineers just focused on that process, on building that technology. We have market managers in the field, thousands of them across the world, working very closely in a partnership with our hoteliers to be successful in the online space – and that’s typically not Google’s business. So I think there’s a very complementary skillset at work here.”

Another speaker at the Young Hoteliers Summit, Jeremy Ward, chief operating officer of iRiS Software Systems, said although Google may start creating apps for guest experiences, he wasn’t too concerned about its potential to dominate the sector, as most of its revenue comes from advertising. “They’re not there to pick up the small transaction fee. So I think anything that can drive traffic through them, they’re quite interested in because they take the revenue from it.”

What then is Google’s view of the hospitality sector?

At the International Hotel Investment Forum in March, Terri Scriven, Google’s industry head for hospitality, emphasized how the tech giant works with hoteliers and others. She had plenty of practical advice for hoteliers about the need to hire data scientists and to integrate a hotel’s customer relationship management (CRM) system with the property management system or PMS. Asked about the ability of hotels to analyse and use data, Scriven replied: “It’s horrible, it’s kind of hitting my head against a brick wall on a day-to-day basis. But there’s progress being made which is good.”

“Your websites are rich with so much data,” she said, adding hoteliers should use an analytics tool for insights into why customers visit their sites but then leave to book with an OTA. She suggested that hotels should not chase the OTAs, but instead should try to make sure their messaging is relevant to their target audiences. “And the more relevant the messages are, the more likely they are to book directly with you.”

“Hotel websites leave much to be desired. It’s the reason why OTAs are winning out. The focus has been very much on conversion and how to better convert that user who comes to the website. Instead of providing beautiful imagery - and videos are so important as you need to inspire them to come to stay - focus on how you can better convert them- there’s a lot of data that can help that, and AI is part of it, to understanding people when they’ve come back to your site, customising the suggested hotels for them to stay at or the overall offer on the site.”

“Let’s get the basics right first. Let’s get those sites looking much better, get mobile sites in place and then you can evaluate AI but you need to start with the site that converts first.”

Google then is currently working with both the hotels, in terms of their online presence, and also the OTAs. Asked whether the war with the OTAs was over, Scriven replied that she disagreed. “The game is not lost because you have to optimise different channels, booking.com channels, etc. but there’s still a good percentage of traffic that comes direct.”

The game may not be lost – yet – but as the game continues to change rapidly, hotels may find it difficult to keep pace. Even OTAs like Expedia with significant budgets for marketing and tech spending may be a little wary about what’s on the horizon if Google does broaden the scope of its ambitions, despite the European Commission’s attempts to rein it in.

These are indeed exciting times. All of these discussions show the power of Google and OTAs over our industry. But this is also a shame. Through lack of vision and investment in technology, the booking process - and more importantly the customer - has been taken away from the hoteliers. Hoteliers in the past would pride themselves on “knowing their customers”. Unfortunately, this is difficult to say in the current climate. Google and booking.com know more about the customer than hotels do. It is time for hotels to change this around. However, I feel this may be a lost battle as the cost, time and resources a hotel can put into this, versus what Google can do, is quite frankly a David and Goliath scenario. With regard to voice recognition and AI, I believe it will be the next stage of technological advancement as these systems are becoming more and more intelligent and accurate.
NextOptions
›
Email Print PDF 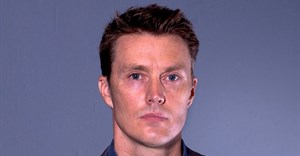 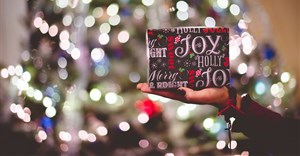 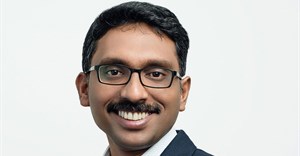 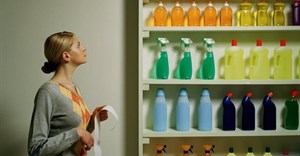 Marketing CPG in a digital world without cookies16 Sep 2021 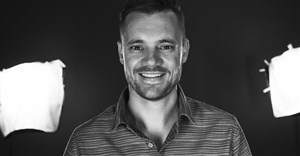 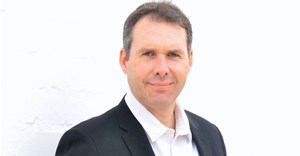 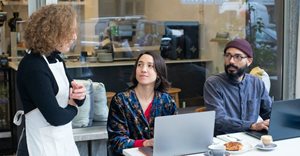